Press Announcement:
The Philippine Philharmonic Orchestra goes onstage on March 22, 2013, Friday, 8pm at the Cultural Center of the Philippines’ Tanghalang Nicanor Abelardo (CCP Main Theater). Billed as “The Maestro’s Maestro”, the PPO will be conducted by Mark Gibson with Chinese violinist Gao Can as guest soloist. 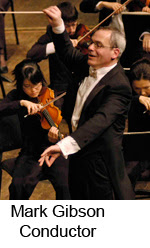 Mark Gibson, in his fourth year as Artistic Director of the Opera Theatre and Music Festival of Lucca, maintains an active performing career on three continents while heading the Orchestral Studies program at the College-Conservatory of Music, University of Cincinnati.

At the College-Conservatory of Music (CCM), Gibson serves as Music Director of the CCM Philharmonia, one of the preeminent conservatory orchestras in the world.  Highly sought after as a teacher, he has been invited to give conducting master classes in Beijing, Munich. Gibson’s first book, a major revision of the classic conducting text, The Modern Conductor (7th edition), was recently published by Prentice-Hall. 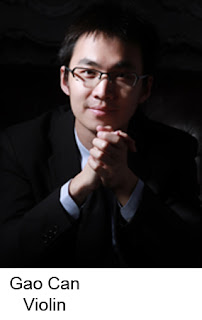