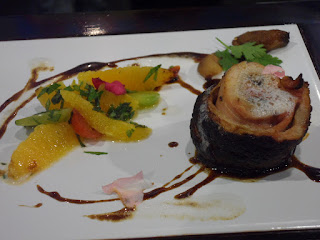 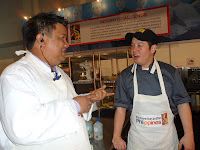 Adobo is a dish every Filipino is familiar with.  If there was a national dish, Adobo would be it.  From day to day meals to fiestas and special occasions, Adobo will always be a part of Filipino culture and cuisine.  As part of the tourism aspect of HRAP’s Chefs on Parade, held last February 28 to March 3, 2013, an Adobo Challenge was held wherein foreign guest chefs were to showcase their creative interpretation of the recipe. 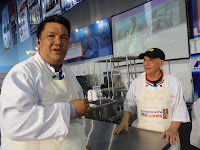 Chef Robby Goco, one of the supervising chefs, explained that the variations would be more on “technique, protein, and flavourings” as the basic recipe calls on meats “cooked in vinegar and added flavourings.”

The challenge, which was more of an exhibit than a competition, presented different yummy ways to do adobo using ingredients native to foreign countries. 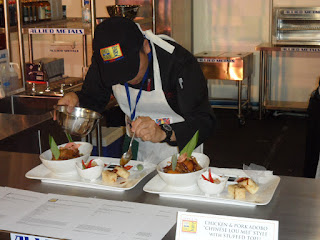 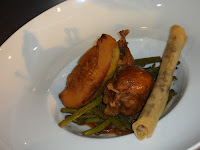 The Adobo Singapore, by Chef Allan Chan, included smoked bacon and mushrooms  and had a taste of mint tomato and coconut pandan.  Chicken Adobo “Chinese Lou Mei” Style by Chef Alex Chong, had strong flavours of ginger and chili and was served with fried tofu and rice.  Chef Christophe Allain, who did the French version of the recipe, included sweet potato puree to give an interesting twist to the recipe.  The German-ized Adobo by Chef Dirk Fiedler, had a rich, buttery edge to his creation by making use of quail meat, foie gras and bacon fat.  Chicken adobo Tuscan Style by Chef Mervyn Whitfield was simplistic in his technique of boil and fry yet the flavour was something you want to keep coming back for more. He presented the dish with sautéed potatoes. 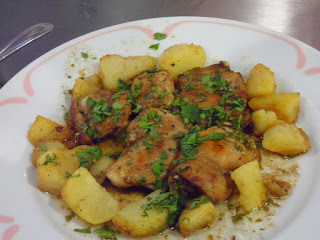 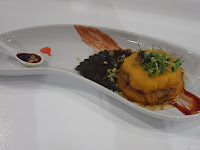 I was fortunate to be one of the media representatives to try the dishes and I was pleased to learn that adobo cooked in these variations was as delectable as ever.  I couldn’t forget the flavour of the Gernan-ized version with foie gras because of its rich, butter-like flavour.  The Tuscan-style adobo had no sharp flavours but it is a recipe that i won’t mind eating every day.  The Asian versions were true to its nature with the element of ginger, sweet chili and tofu quite prominent. Singapore’s braised pork belly and chicken roulade with bacon and mushroom will make you stand up and take notice.

Some of the recipes will be posted soon so you can taste what I mean. 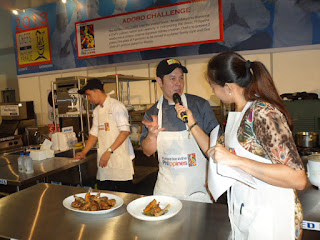 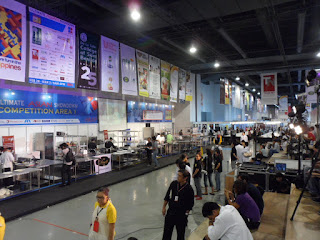 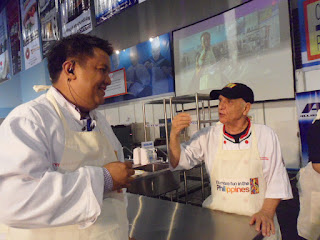 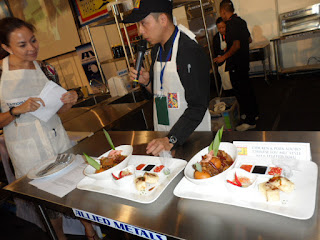 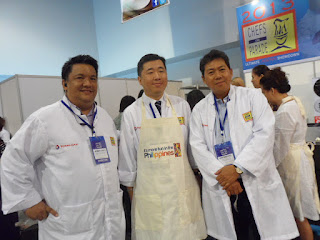 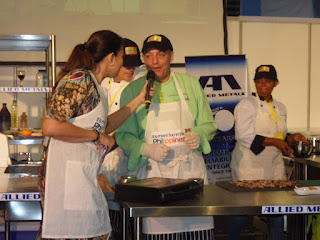 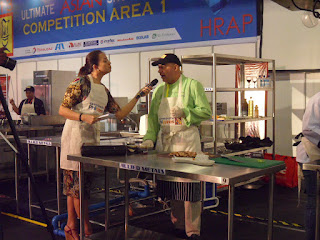 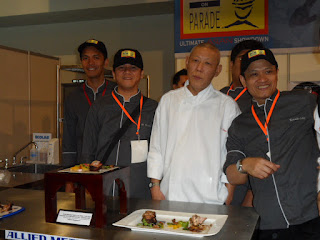 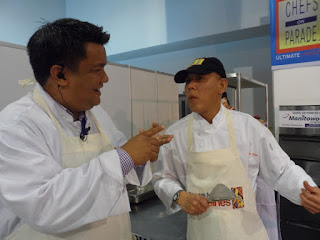