Watch Silly People on June 25-30 for Comedy with Taste 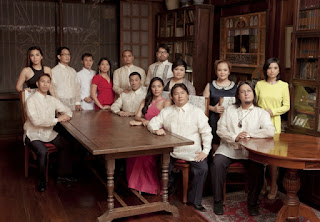 There is still hope that Philippine stand-up comedy can still be something to be proud of.  Now Pinoys can invite their foreigner friends to have a laugh and not to be laughed at with a show that won’t make you cringe,  feel humiliated , or horrify  you because your boss has just been insulted.  SPIT Comedy explores material beyond the toilet.  So now corporate events don’t have to settle for and regret inviting guests to attend below-the-belt, tacky comedy that compels you to be charitable with a polite laugh over a pathetic punch line.

Can you imagine coming on an empty stage, with no props, no script,  no rehearsal  and  come up with spur of the moment jokes  with all eyes on you? Takes talent and teamwork to pull off a show like that.

“Don’t be funny . . . just be honest . . . be a teamplayer . . . and all will flow into place”, that’s what is going on in their minds as Silly People’s Improv Theater (SPIT) members perform their hilarious shows. 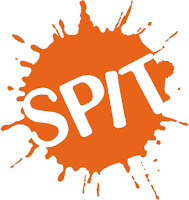 Press Release:
In celebration of its 11th year anniversary, SPIT and PETA Theater Center proudly present the Manila Improv Festival 2013 from June 25-30, 2103.
The theme for this year is “Follow Your Feet”, an improvisational theater concept which also ties in with the art form’s return to PETA - the group which first introduced improvisational theater to the country in the early 1970s. As SPIT takes on a new decade of laughter and innovation, the group decided to take a bolder step in sharing the art of improv to bigger audiences through the festival and its partnership with PETA Theater Center.

Gabe Mercado, artistic director of the festival and founder of SPIT describes the vision of the festival: “SPIT was founded back in June 2002, because I saw the need for a new kind of comedy—one that differed from the usual stand-up comedy routines that we are used to seeing on TV and comedy bars. Improv appealed to me because of its grounding on truth, the magic of spontaneity, and the fun that on-the-spot creation brings about.”

Being the country’s premiere improvisational theater group known for their smart and incisive brand of comedy, SPIT has represented the Philippines in numerous international events such as the prestigious Los Angeles Comedy Festival in 2004, and more recently, in the Hong Kong and Beijing Improv Festivals.

There will be one show each on June 26, 27, 28 and 30 (8 p.m.), while there will be two shows on June 29. Entrance for each show is P400, and will feature three improv groups for each set, performing a variety of long form and short form improvisational shows.

All performances will be at the heart of the PETA Theater Center - at their “Black Box” performance space known as the PETA-PHINMA Theater. SPIT is excited to be exploring this new space with the theater’s flexible and intentionally skewed box theater that offers numerous stage and audience arrangements.

A workshop for both master and aspiring improv actors will be conducted  as well from
June 28 - 30. 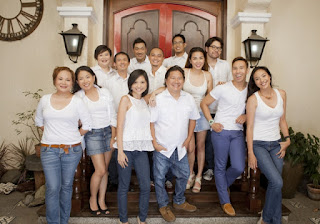 Tickets are also available at Ticketworld or the PETA Theater Center.

Posted by JR Bustamante at 8:10 PM