Zendee Takes Over where Charice Left off 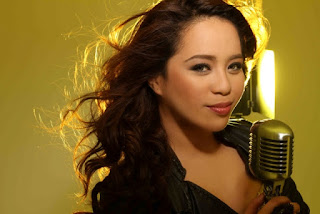 After hearing the disappointing progress of internationally-praised singer Charice Pempengco’s career spiral, we find comfort that there is another Filipino talent who can fill in her shoes.  Another Ellen De Generes discovery, Zendee performs with the the vocals that garnered international attention in a presscon held at Ortigas last April 30.

“ Runaway ” is an upbeat, getting over / moving on love song with a current/new sound written by US-based songwriters and world-class composers Andrew Fromm, Matt Bronleewe, Jordan Pruitt, & Tyler Hayes.
“ The Ones You Love ” - a love song about heartache and “ Completely ” -  a ‘couples song’ were both written by Diane Eve Warren. Dianne is a US-based songwriter highly regarded worldwide as a hit maker with hundreds of hit songs under her belt.
“ I Believe ” - an inspirational love song with only the piano and vocals and “ If You Want ” -  the only love song in the album that has only a ukulele and vocals as accompaniment. This was written by Lamberto Reyes Jr.  who also composed songs for other Warner Music artists.
“ Go The Distance ” is an inspirational song which best exemplifies the journey of Zendee and at the same time showcasing her vocal prowess. Written by Alan Menken, David Joel Zippel.
“ Hallelujah ” written by Leonard Cohen, is an  ‘arena’ inspired sound which focus on Zendee’s  vocal prowess.
“ Love Takes Time ” written by Mariah Carey and Ben Margulies is Zendee's version of this classic hit.
“ Runaway ” (acoustic)  is a stripped-down version of  ‘ Runaway. ’

Zendee will perform as the special guest artist of Jason Mraz on his concert on May 14 at the Smart Araneta Coliseum.

Posted by JR Bustamante at 2:11 PM