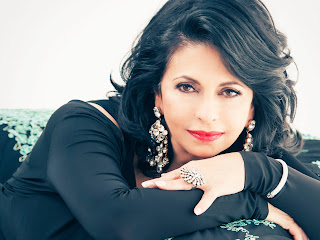 Come and experience a night of jazz and magical performance as Laura Fygi visits Manila for the first time on June 24, 2013, 8pm at Fairmont Raffles Hotel in Makati City. The show is called “A Magical Night with Laura Fygi” and presented by Laurel Media.

Everywhere that Laura Fygi visits, she is a veritable vision of exotica. In her home country of the Netherlands, they know her as the woman who was raised in Uruguay as the daughter of an Egyptian belly dancer; in the Far East she is the emancipated Western lady who many others aspire to be. But wherever she may be, there’s one common factor in all of those locations: that instantly recognisable voice which has won her hearts all over the globe.

Surprises are typical for a performer who has re-invented herself many times. Since her dance hits with the girl group Centerfold in the early 1980s, Laura has travelled down numerous musical pathways, such as jazz, Latin, and chansons: not shying away from any genre or style. “I really dislike pigeon holes”, says the multi-faceted diva. “I’m always on the lookout for something new, because I don’t think you should repeat yourself. I can’t stand to be in a rut.”

Laura has also been presented with various gold and platinum discs and awards, as well as playing the lead role in Singapore of her favourite musical Victor/Victoria. 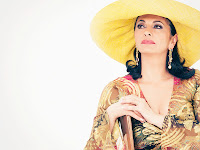 Laura has released 12 albums since her debut in 1991 including the 2011’s “The Best Is Yet To Come”. The album highlights Laura’s 20th anniversary as a solo artist and was recorded with a big band. It was followed by an extensive tour in both the Netherlands and Asia where Laura performed with local big bands.

Being well-loved by the Asians, Laura released her 13th album which was made specially for the Asian market. New album called “Flower” boasts four songs which were actually sung in Chinese and other titles were translated in English and French.

Spend "A Magical Night with Laura Fygi" on June 24 at the Fairmont Raffles Hotel with special guests and our countries very own talents inlcuding Jacqui Magno, Richard Merq and Jeannie Tiongco. Call 891-9999 for your ticket inquiries.
Posted by JR Bustamante at 1:03 AM