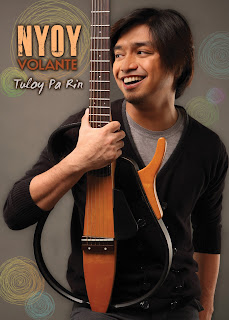 Long Live OPM! The King of Acoustic Pop, Nyoy Volante is back with a new album under MCA Music titled “Tuloy Pa Rin” which highlights his songwriting, music arranging and overall artistic skills. “Tuloy Pa rin” is an all Tagalog tribute album dedicated to all the OPM fans and listeners.
When asked what song in the album would best represent him, he answered ‘Basta’t Kasama Kita” . . . lahat magagawa.  It is apparent from his selection that he is a romantic person.  That observation along with his fun and witty nature were manifested during a light and breezy blogcon held last June 11 at the MCA head office in Ortigas. 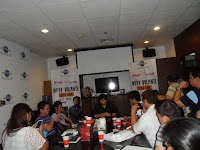 After performing a couple of songs for the bloggers, he gamely answered questions about his music, inspiration, activities, and plans. Some of the  names that he mentioned as his inspiration and artists that he admires locally are: Gary V., Regine Velasquez, Bugoy Drilon, Jay Durias.  While Jason Miraz, Kenny Loggins, Bryan Adams, Metallica and the Eagles are the foreign artist that helped mold his music.  He wishes that someday he would be able to reunite and perform once again with the local group MYMP. 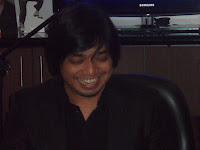 This multi-faceted artist wears several hats. Aside from being a singer, song writer and a musician, he is also an arranger, producer, actor and video director. While working on the album, Nyoy was also actively engaged in musical theater on top of being a part of ASAP Sessionistas, which can be seen every Sunday at the variety show of ASAP in ABS-CBN. 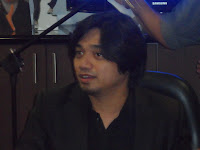 “My passion is to arrange, the challenge for me is arrange music totally opposite from the original where people would hardly recognize the music.  I’ve always made it a point to re-arrange my covers. As much as possible, gusto ko sulitin yung pagka-revive, so talagang ini-iba ko talaga pati genre from the original,” Nyoy said.

He also continues to do his original compositions such as  “Pikit” and “Miss Kita” also included in the album.

With all these experiences and blessings, Nyoy Volante had indeed expanded and became a Jack of all trades when it comes down to his field of artistry and talent. Nyoy is thankful for his continued journey in bringing OPM music closer to people. 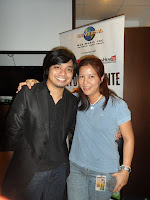 Posted by JR Bustamante at 2:36 AM