A fab! Tribute to Tony Fabella 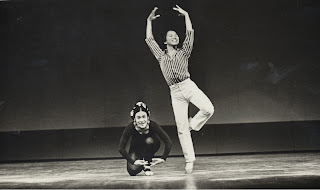 Press Release:
A showcase of some of the most exciting works of award winning Filipino ballet dancer, teacher and choreographer Tony Fabella will be staged in a Ballet Festival to be held at the Cultural Center of the Philippines’ Tanghalang Aurelio Tolentino (Little Theater) from October 11-13, 2013.

Tony Fabella was a Filipino choreographer whose work greatly contributed to the development of Philippine dance, popularizing the medium of classical and contemporary ballet, and fusing them to evolve a distinct form and style. He co-founded and was President of the Q.C. Performing Group and the Manila Dance Center. Fabella was an Artistic Council member of Philippine Ballet Theater, and former lead member of the Bayanihan Philippine National Folk Dance Company and was the company’s Artistic Consultant before his demise in 2009. He has taught dance in many schools and directed many productions all over Metro Manila from studio set-ups to college and university courses. 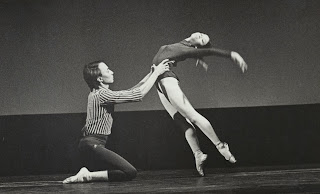 Among many other accolades, Tony Fabella received the Patnubay ng Sining at Kalinangan Award from the City of Manila in 1984 and the National Commission on Culture and Arts’ 2003 Alab ng Haraya.