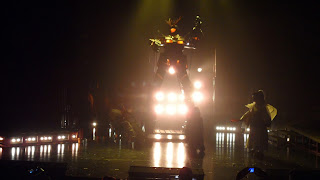 It all  happened in De la Salle UniversityTheater when the Filipino saint was in the same play as Voltes V.  The unexpected twist and appearance of a 70s Japanese icon to the heavy tragic narration of Lorenzo Ruiz's story was appreciated by the audience as they left in a high mood. Including anime, kabuki and other Japanese stylings to a biographical musical, made the play feel modern and artistic.  For me, this is what made the play stand out from the rest.

In the beginning, I must admit I was a bit confused with the transitions of scenes and I wasn't too impressed with the set and the blockings.  But as the play progressed, I saw the build up and intentions of the director.  The unpredictability and subtle symbolisms made me sit up and my interest grew as I continued to watch.  The choreography made me smile as it complemented the scene and set design.  I loved the movements which helped progress the story.  Add the great vocals of Lorenzo's wife and kids, along with the Japanese officials who gave a "rock musical" feel to the play then you have a great piece of entertainment that maximized all possible tools and ideas.

Encountering the actors several times in previous plays already,  I had no doubt they would be superb in their performance.  It was a given for me . . . great actors, great singers.  But when you provide them a great environment, such as a band, stage, choreography, costumes, lighting then you have one heck of a play. 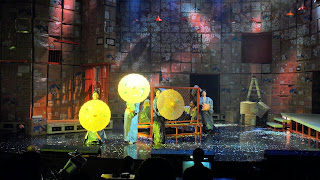 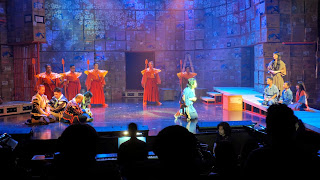 Adding another element of symbolisms, subtlety, and "out of the box" executions (with pun intended) then you have a memorable play that for me is world class.

We all know the sad ending of martyrs, and I am not exactly looking forward to witnessing torture, especially so with the barbaric execution of Lorenzo and his group. But with the unique execution of including kabuki, anime, and other Japanese culture visuals made the play light and fun.  I especially love the effort in the "bow" or curtain call which intended to make people laugh.  Needless to say that this play is a must see. 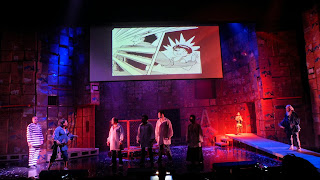 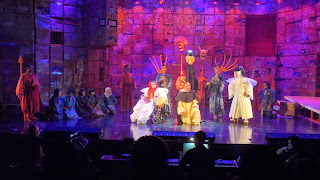 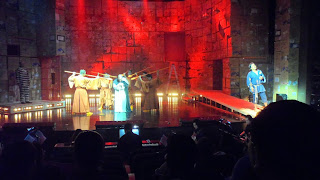 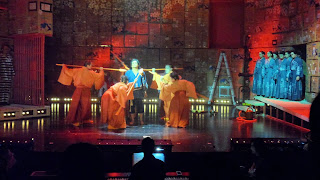 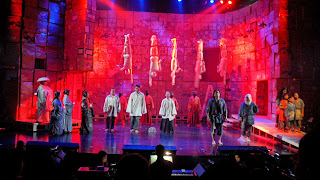 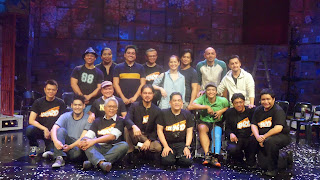 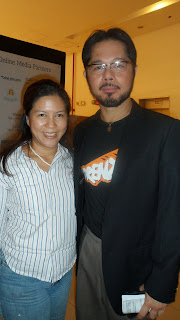