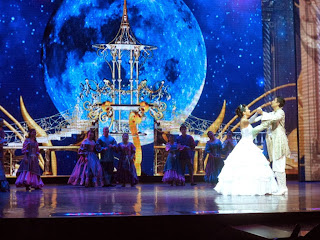 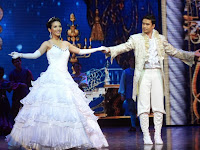 Have you wondered when Cinderella started mesmerizing children and adults alike? Well apparently, Cinderella goes way way back. During the press conference held at Resorts World Manila, it was revealed that Cinderella was originally Chinese. Upon analyzing the nature of Cinderella, it was validated that the story of Cinderella is actually an adaptation of an Original Chinese version. 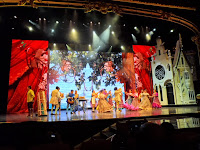 “I strongly feel that Cinderella is an adaptation of the original Chinese version because there are a lot of issues that the West has with it like, why doesn't she step up and fight for her rights? If you consider it being an original Chinese narrative, then you will understand why Cinderella is non-confrontational, why she is passive, but she is not unknowing. In the text, she mentions that maybe it is her fault for letting them walk all over her.. She is aware yet she chooses to be recessive until such time that the Fairy Godmother leads her to her self-realization, “ explains Director Micheal Williams. The Asian nature is quite strong in Cinderella's character. 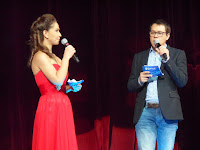 When asked what makes this version of Cinderella special from the other presentaions? Knowing that kids nowadays are more complicated, Director Williams explain that they had to create a more realistic Cinderalla integrating her true nature with logical consequences of her actions and not just presenting a fairytale as normally told. 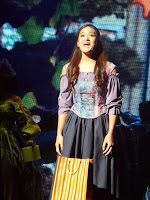 “The Fairy Godmother makes an appearance and maneuvers Cinderella's fate. She makes sure everything happens. She makes things possible. Only after Cinderella has decided to take matters into her own hands, she stops wishing and does something about it . . . is the pivotal moment of the play. We try to incorporate all these elements into the design, “ Director Williams further explains. 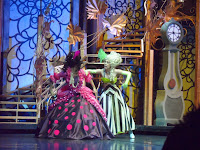 “If you think about her psychologically, she is a battered and abused woman . . . . If you think about it dramaturgically, there is no villain in this story. There's only the other women who are obstacles to her happiness. All those things come into play in this version.The bottomline take aways is that “Goodness is rewarded” adds Director Williams. 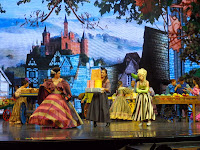 Originally written for television, Rodgers and Hammerstein’s Cinderella was based on the popular French version Cendrillion by Charles Perrault. The television musical was first broadcasted in 1957 in CBS which was viewed by over 107 million people during its network premiere. It featured Julie Andrews in the title role and Jon Cypher as the Prince. The three-act TV version was comprised of original compositions that spiced up the well-loved fairy tale including “In My Own Little Corner”, “Ten Minutes Ago”, and “Do I Love You Because You’re Beautiful” among others. Several remakes were made including the CBS 1965 version starring Lesley Ann Warren as Cinderella and Stuart Damon as Prince Charming. Walt Disney also made their own version in 1997 which featured a star-studded cast which includes Brandy, Whitney Houston, Paolo Montalban, Bernadette Peters, and Whoopi Goldberg, among others. 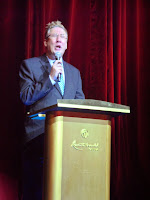 This 2013, RWM, the ultimate one-stop, nonstop entertainment and tourism destination in the country, will bring Cinderella back to Manila as its latest musical offering. “In the interest of theatre arts, we have to invest because when people come they expect to see something better, more glamorous, more “bonggacious”, than the previous production. That’s something that Resorts World Manila always aims to do-- we always try to give a wow factor. What we have done before, that becomes the norm and we always try to do better with subsequent productions” said RWM Chief Entertainment Officer Colin Kerr. Slipping on the famous glass slippers to play the title role is TV and stage luminary Karylle Tatlonghari, with Julia Abueva and Justine Peña as alternates. Asia’s Pop Idol Christian Bautista, on the other hand, will fill the role of the Prince Chhristopher alongside Fred Lo as his alternate. 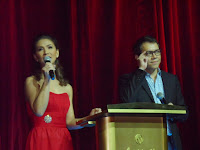 The First Lady of Philippine Musical Theater, Menchu Lauchengco-Yulo, will once again step into the enchanted stage of the NPAT, this time to play the role of the ever-reliable Fairy Godmother. Also joining the all-Filipino ensemble are Pinky Marquez, Sweet Plantado, Sheila Francisco, Miguel Faustmann, Maronne Cruz, Gianina Ocampo and Red Concepcion.

Resorts World Manila’s Cinderella is under the direction of veteran theater actor and director Michael Williams.

For show schedules and complete details about Cinderella, visit www.rwmanila.com or call Tourist Hotline at (02) 908-8833. For ticket inquiries and reservations visit RWM Box Office located near the main casino entrance or call (02) 891-9999. 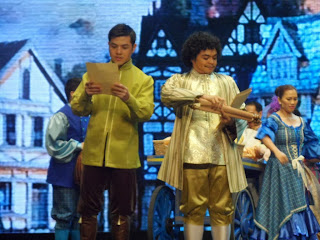 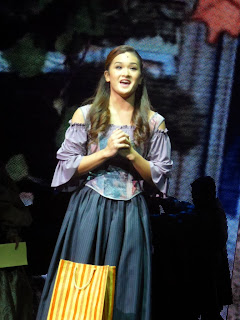 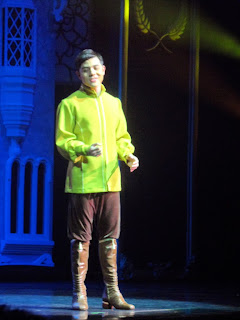 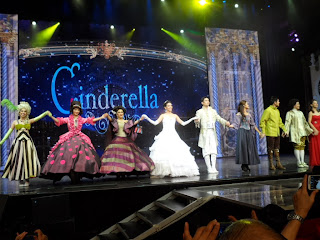 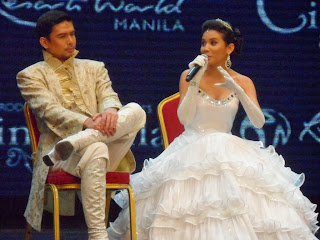 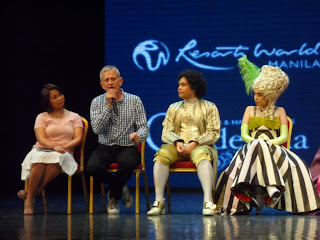 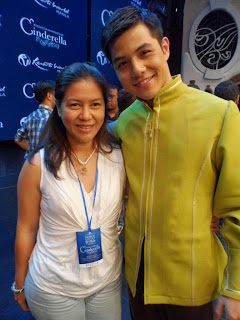 Posted by JR Bustamante at 8:10 AM