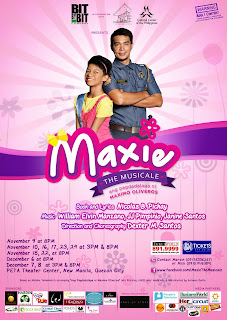 Press Release:
Can a 12 year-old young, gay lad who wishes he were a girl navigate the mean streets of Manila? And what happens when the boy falls in love with a handsome policeman who is investigating his family's criminal activities? Will he still bear loyalty to his family? 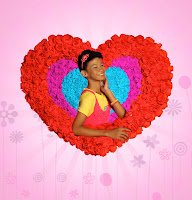 Bit by Bit Company, in cooperation with the PETA Theater Center and the Cultural Center of the Philippines, proudly brings to the stage “MAXIE THE MUSICALE: ANG PAGDADALAGA NI MAXIMO OLIVEROS,” a coming-of-age musical about a gay teen who is torn between his love for a young cop and his loyalty to his family.

“MAXIE THE MUSICALE: ANG PAGDADALAGA NI MAXIMO OLIVEROS” is about Maxie, an effeminate 12-year-old boy who lives in the slums with his criminal father and older brothers who are petty thieves. His devotion to his family finds him taking the place of his own deceased mother by cooking and doing the household chores.

In the evening hours, after watching a film at a local makeshift DVD room with his neighborhood friends, Maxie is rescued from a couple of local thugs by the handsome and young rookie police officer Victor. Maxie’s attraction to the kind-hearted and trustworthy Victor soon finds him torn between the illegal livelihood of his family and his desire to follow a more honorable path in life. Will Maxie make the right decision from his crisis of conscience after befriending an honest Manila cop?

“MAXIE THE MUSICALE: ANG PAGDADALAGA NI MAXIMO OLIVEROS” shall run from November 9 to December 8, 2013 with shows on Fridays, Saturdays, and Sundays at 8pm and matinee shows on Saturdays and Sundays at 3pm. All performances are at the PETA Theater Center, No. 5 Eymard Drive, New Manila, Quezon City.

“MAXIE THE MUSICALE: ANG PAGDADALAGA NI MAXIMO OLIVEROS” is the second offering of Bit by Bit Company which produced the critically-acclaimed run of Dulaang UP’s “Orosman at Zafira” at the SM Mall of Asia Centerstage in February 2011.

For show information, please call (0917) 842-7346 or email maximooliverosmusical@yahoo.com. Follow Maxie on Twitter (@MaxieTheMusicale) or visit www.facebook.com/MaxieTheMusicale on Facebook. Tickets are available at all TicketWorld (891-9999) and SM Tickets (470-2222) outlets. 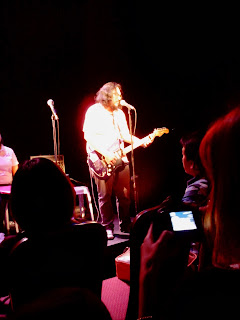 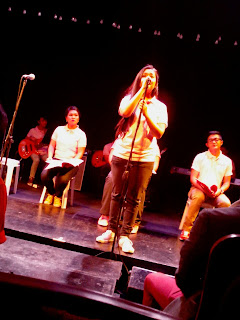 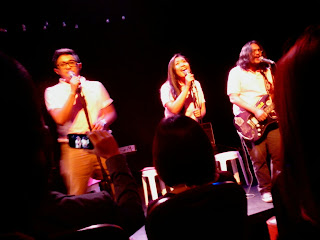 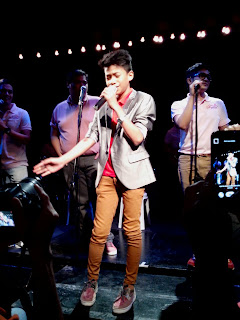 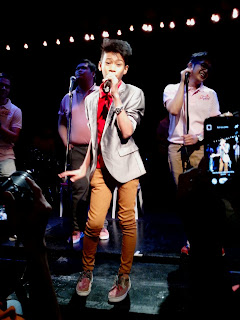 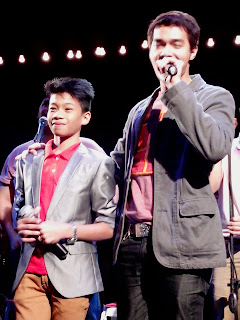 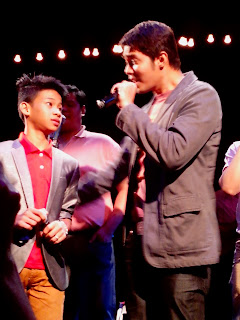 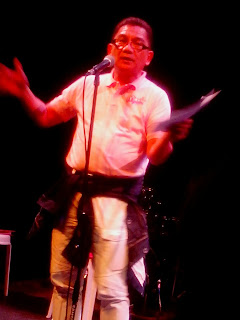 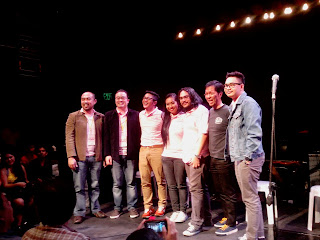 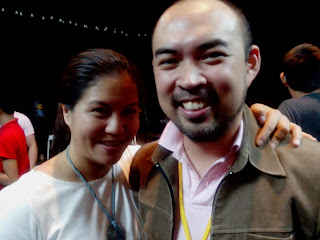 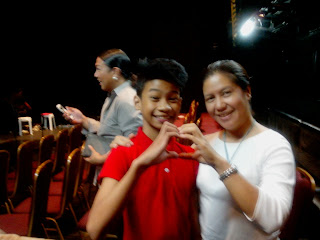 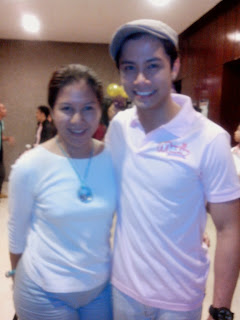