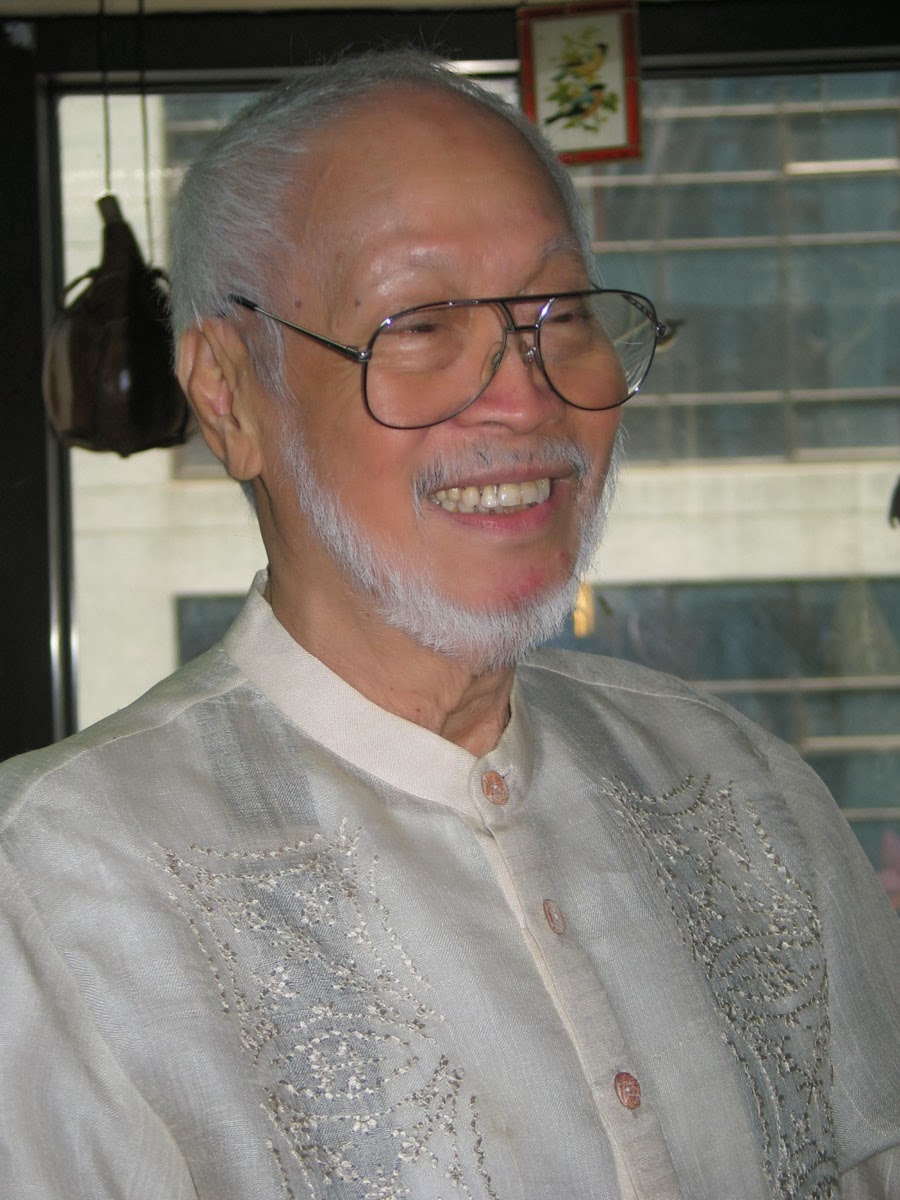 Press Release:
The Cultural Center of the Philippines will pay tribute to National Artist for Architecture Ildefonso P. Santos, Jr. in a necrological ceremony on Sunday, February 2, 2014 at 9:00am at the CCP Tanghalang Nicanor Abelardo lobby (Main Theater lobby). Interment will follow at the Magallanes Crypt.
Santos passed away on January 29 due to multiple organ failure. He was 84.

Santos was a pioneer in landscape architecture in the Philippines and known as the Father of Philippine Landscape Architecture. He had a distinguished career that spanned more than 40 years and was responsible for the creation of hundreds of parks, plazas, gardens, and outdoor sites that have become a part of modern day Filipino life.

Proclaimed National Artist for Architecture in 2006, he was cited for “designs that took inspiration from the Filipino celebration of free-flowing, positive, ‘maaliwalas’ space. He understood and accommodated Filipino physiological, behavioural and social needs in providing shade, providing opportunities for close seating and the sharing of food and laughter in his public spaces’. The National Artist Award also recognized his contributions to the professionalization of the field of landscape architecture. Santos helped established the first university programs in landscape architecture and advocated for the recognition of the art and profession by the government and allied fields. He also organized the Philippine Association of Landscape Architects.
Among Santos’ well-known projects were Loyola Memorial Park in Manila, the Eternal Gardens Memorial Park in Caloocan City, the Caliraya Lake Resort in Laguna, the Batulao Village Club in Batangas, the Imus town plaza in Cavite and the Rain Tree Sports Club in Kuala Lumpur, Malaysia.

Santos was awarded the Patnubay ng Sining at Kalinangan Award by the City of Manila in 1972 and named Outstanding Landscape Architect by the United Garden Clubs of the Philippines in 1986.

Santos held two degrees in Architecture from the University of Santo Tomas (1954) and the University of Southern California (1956), where he also earned his master’s degree. From 1955 to 1963, He worked in Los Angeles with Cornell, Bridges and Troller, and then later established his own firm in the Philippines. He oversaw projects in Malaysia, Hong Kong, Guam, Thailand, Singapore, Taipei and Bahrain. Santos was president of the Philippine Association of Landscape Architects from 1977 to 1986 and was a member of the Board of Examiners for Landscape Architecture of the Professional Regulation Commission from 1982 to 1986.

Santos was born September 5, 1929 to Ildefonso Santos and Asuncion Paez.

For more information about the CCP necrological ceremonies for Santos, please call the Office of the Artistic Director at 832-1125 loc. 1121.
Posted by JR B at 3:27 PM