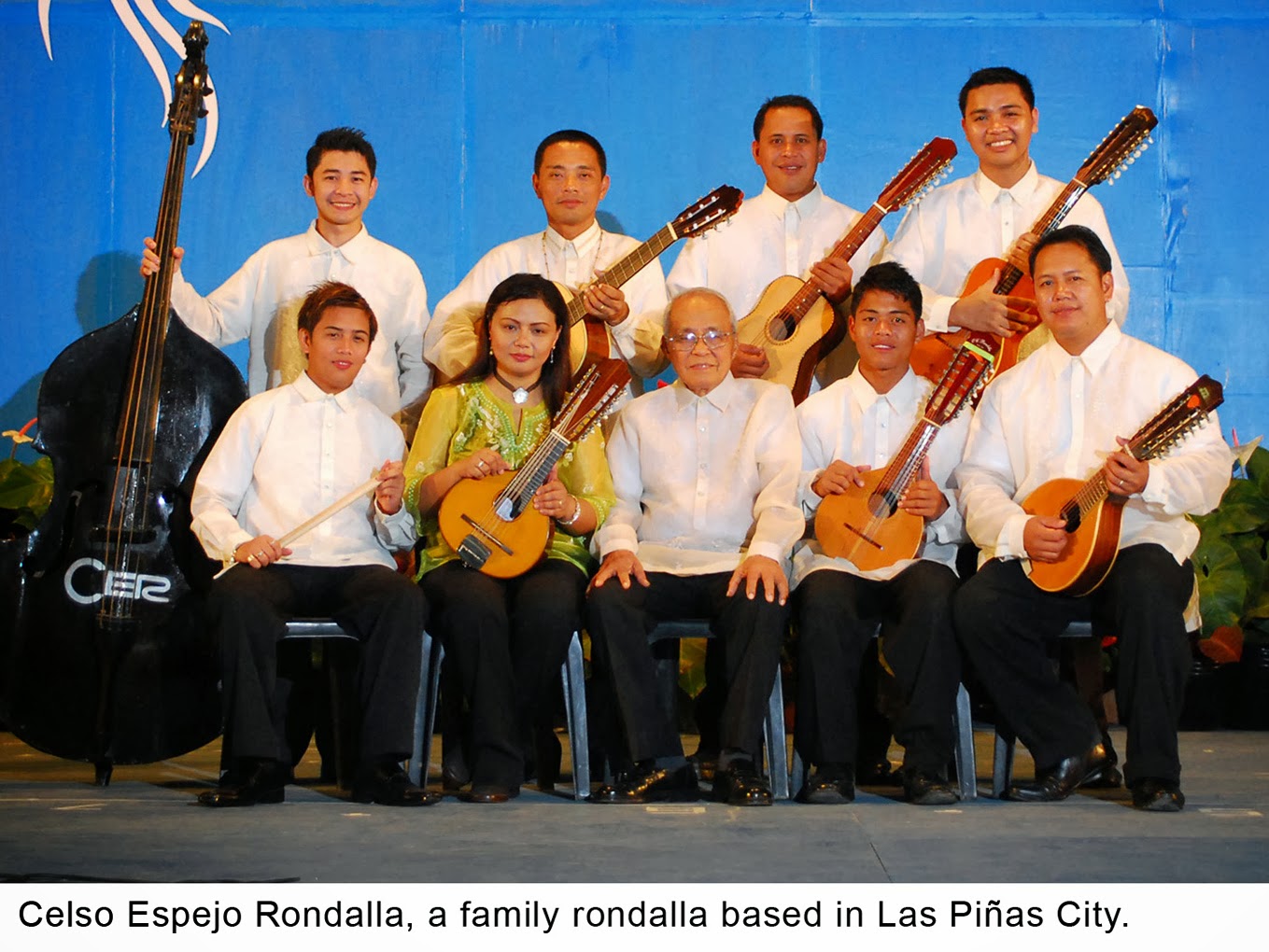 The 4th International Rondalla: Plucked String Music Festival begins with Kuwerdas ng Pagkakaisa: Philippine Rondalla Festival from February 12 to 16, 2014 at the Cultural Center of the Philippines.

Presented by the National Commission for Culture and the Arts (NCCA) and the Cultural Center of the Philippines (CCP) through the Musicological Society of the Philippines (MSP) and the UP Center for Ethnomusicology, Kuwerdas Festival will highlight the genius of the Filipino in the plucked string tradition through performances at the CCP Little Theater, an exhibit on the History and the Development of the Philippine Rondalla, a Forum on Rondalla Instruments Development, and a Parangal, a tribute to the composers, conductors and dedicated rondalla teachers who have contributed greatly to the development of rondalla music in the country and abroad.

Kuwerdas, which launches the 4th International Rondalla/Plucked String Music Festival will be mounted in other countries where the plucked string tradition is practiced. Kwerdas also celebrates the 10-year effort of the NCCA and MSP in promoting, sustaining and enhancing the rondalla that forms part of a shared plucked string tradition with countries such as Spain, Arabia, Russia, Mexico, Australia, Israel, Indonesia, Thailand, China, Myanmar, India, Japan and Iran, among others.

Dr. Ramon Santos, well-renowned composer and Festival Director of Kuwerdas, regards the rondalla as an emblem of Filipino cultural identity, which has principally contributed to the social and artistic life of the entire nation. Santos claims that today the Filipino Rondalla is continuously developing in the United States, Europe, Australia, and in some Asian countries.

Performing a formidable repertoire that will provide Filipino audiences an exceptional rondalla musical experience are seven (7) of the best rondalla ensembles in the country today that have passed the rigorous audition recently held in Manila, Davao City, Silay City and Dipolog. Concert repertoire includes classic and avant-garde compositions by Filipino composers, baroque pieces by Vivaldi, Bach, Corelli and Handel; overtures by Filipino and foreign composers.

The Filipino groups featured are the Celso Espejo Rondalla, a family rondalla from Las Pinas City that has consistently won grand prizes in prestigious rondalla competitions; Dipolog Community Rondalla, a group that has won in the National Music Competition for Young Artists (NAMCYA), national level category in 2010; Harmonya: The String Ensemble of the University of the Philippines, Los Banos, Laguna, which dedicates its existence to the pursuit of excellence in both classical or contemporary works; Kabataang Silay Rondalla Ensemble that has earned the title of “Young Cultural Ambassadors of Negros Occidental”; Lucban Pahiyas Community Rondalla, National Champion Rondalla A and Solo Competitions, NAMCYA 2012; Maco Heights Central School Rondalla of Davao del Norte, 3rd place winner, NAMCYA Rondalla category A 2011 and 2013; University of the Philippines Rondalla, a group that has represented the country in major music festivals and that promotes, preserves and explores the versatility of the rondalla.

For tickets, call the CCP Box Office at 8323704 or 8321125 local 1409/1406. The Rondalla Exhibit at the second level of the CCP Main Lobby is open to the public and runs from February 16 to 28; Forum on Rondalla Instrument Development on February 14 from 9 a.m. to 5 p.m. is also free to interested parties. Please call 9260028 to pre-register. For details on the festival visit www.stringsofunity.com or like us on facebook: rondalla.festival. 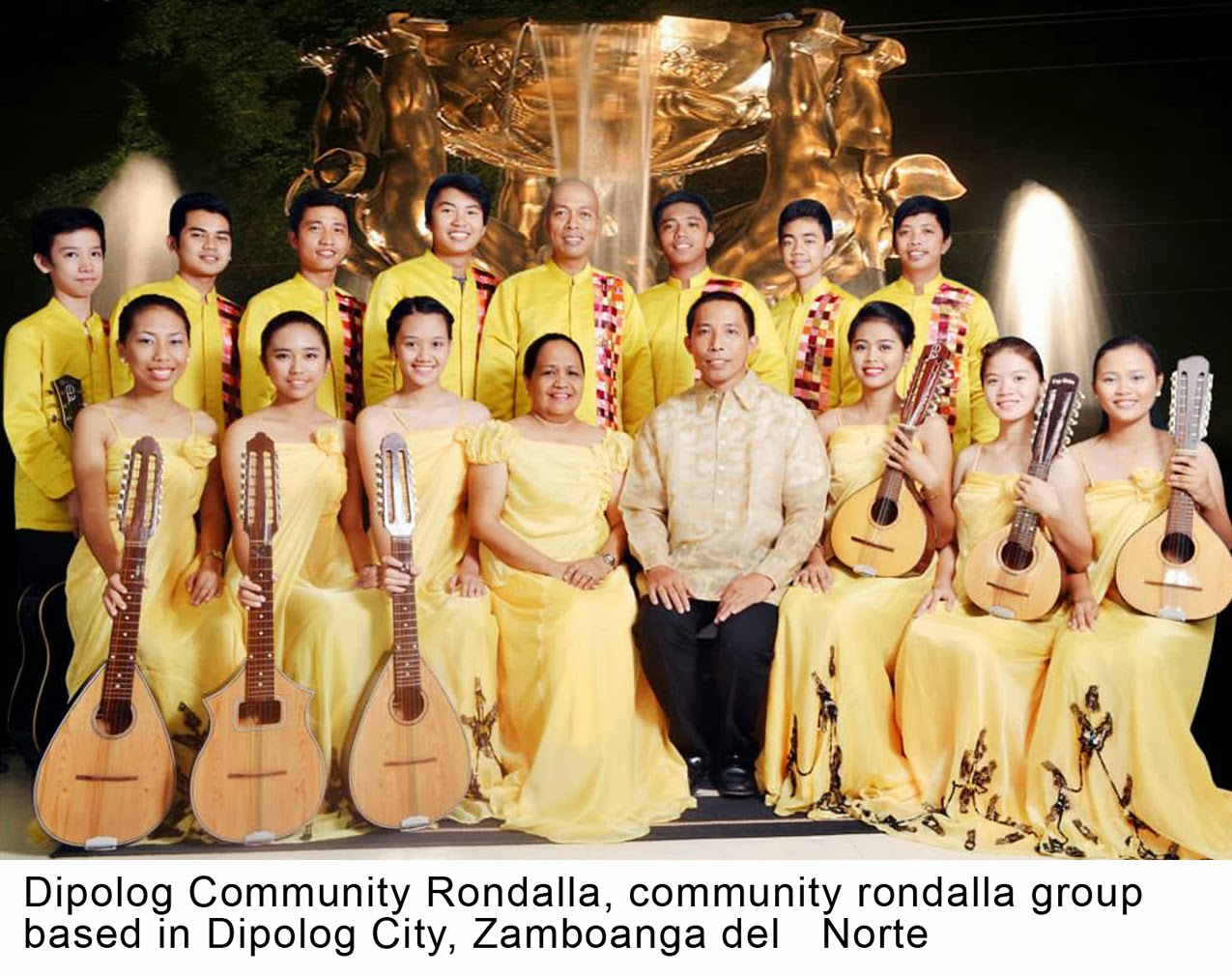 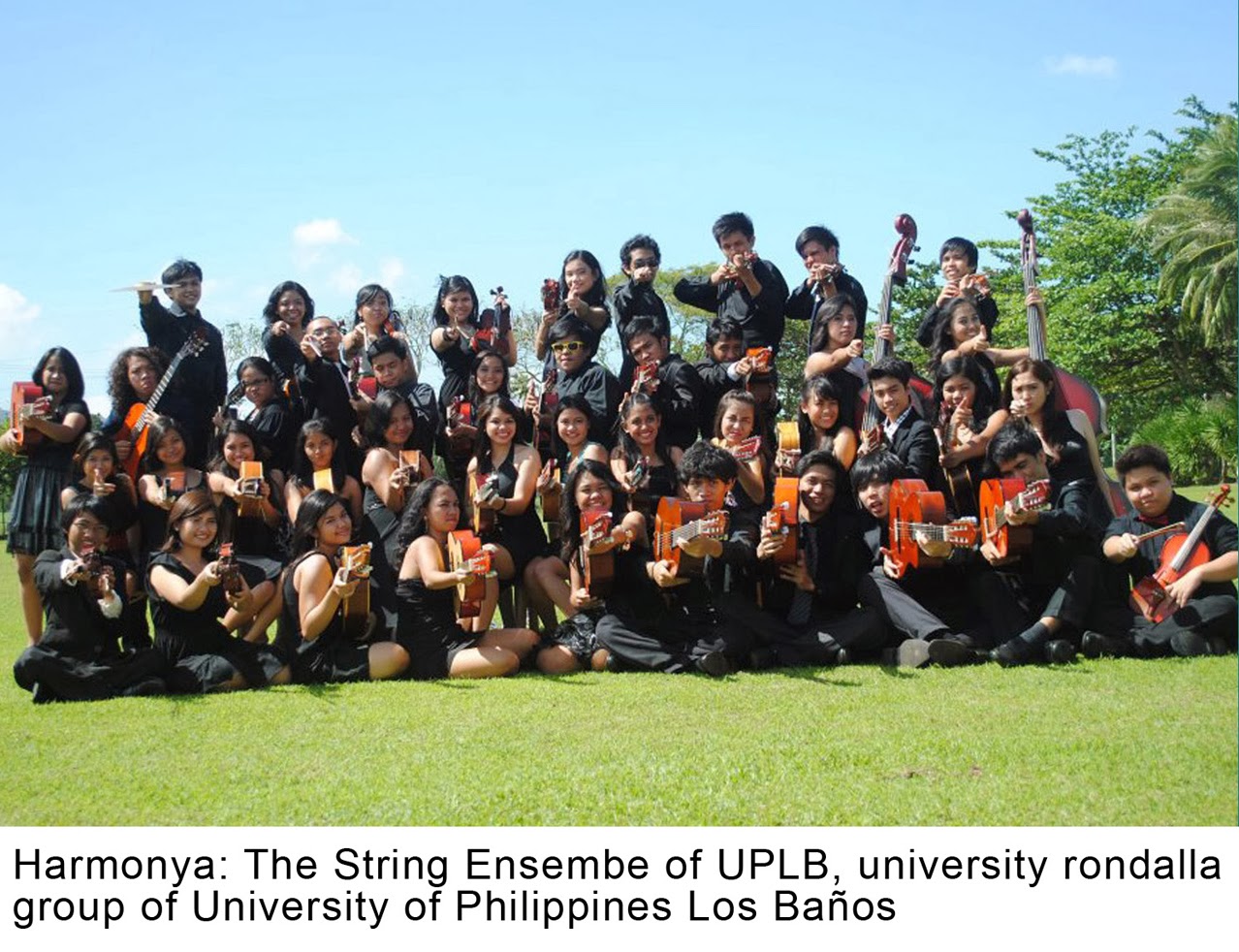 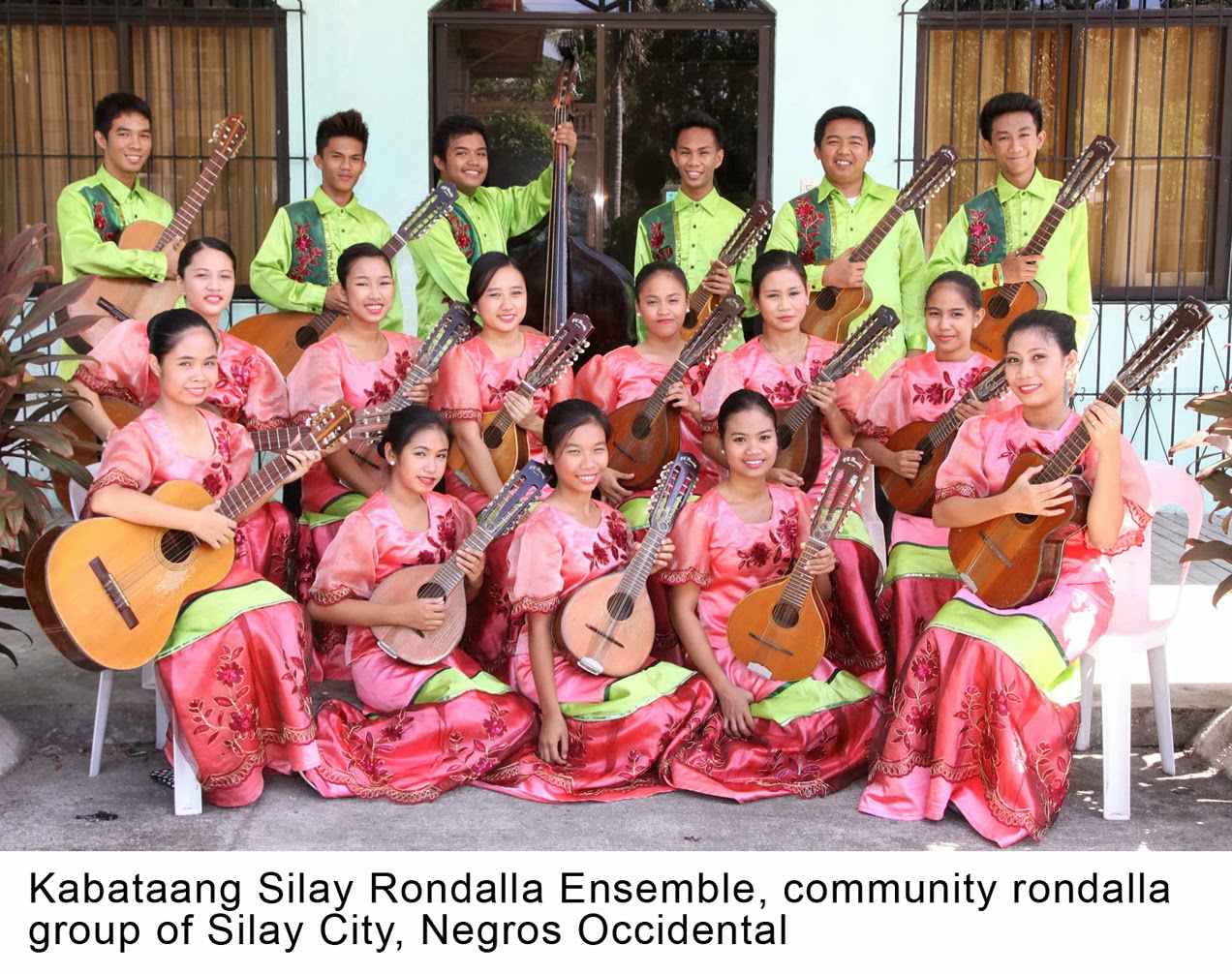 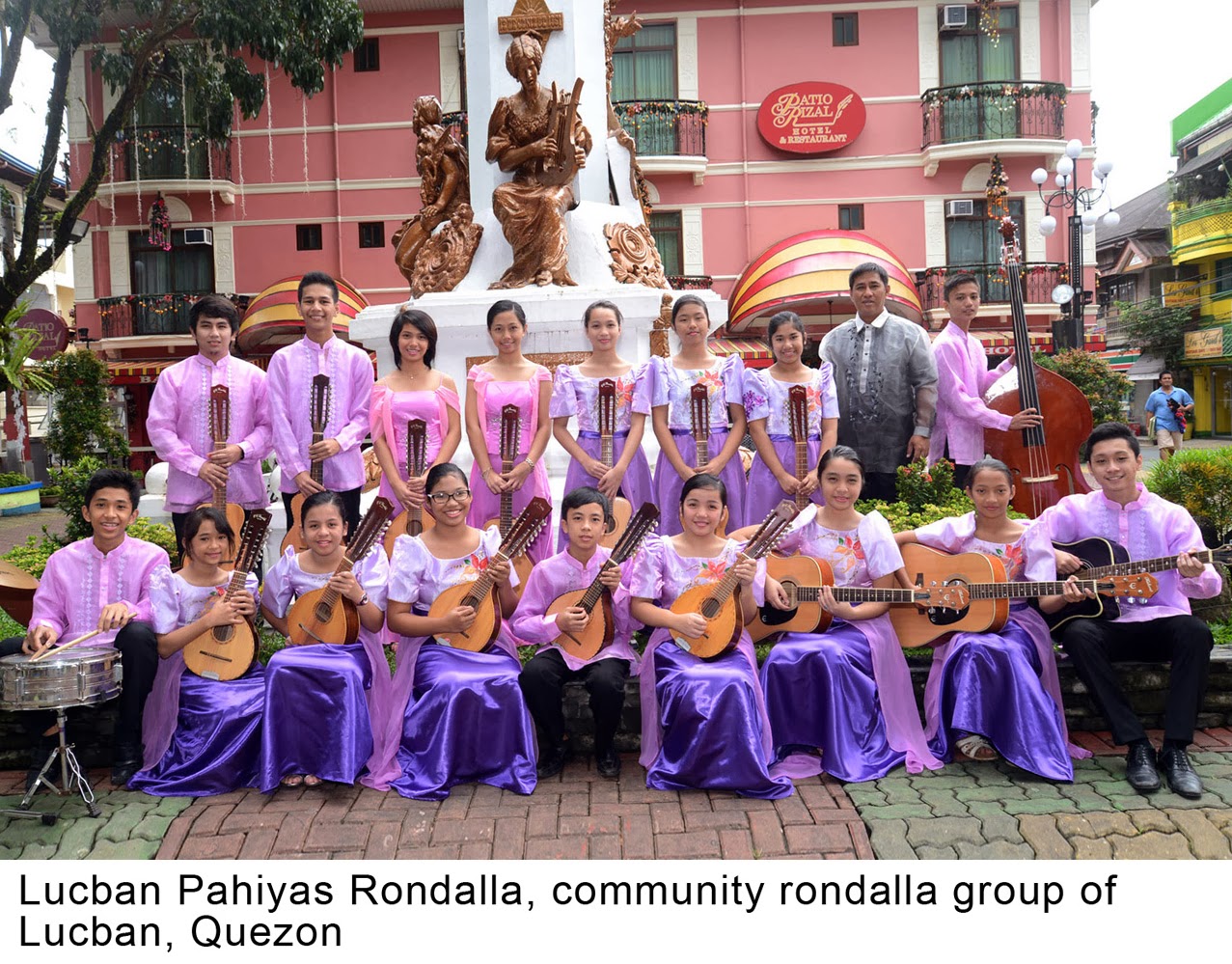 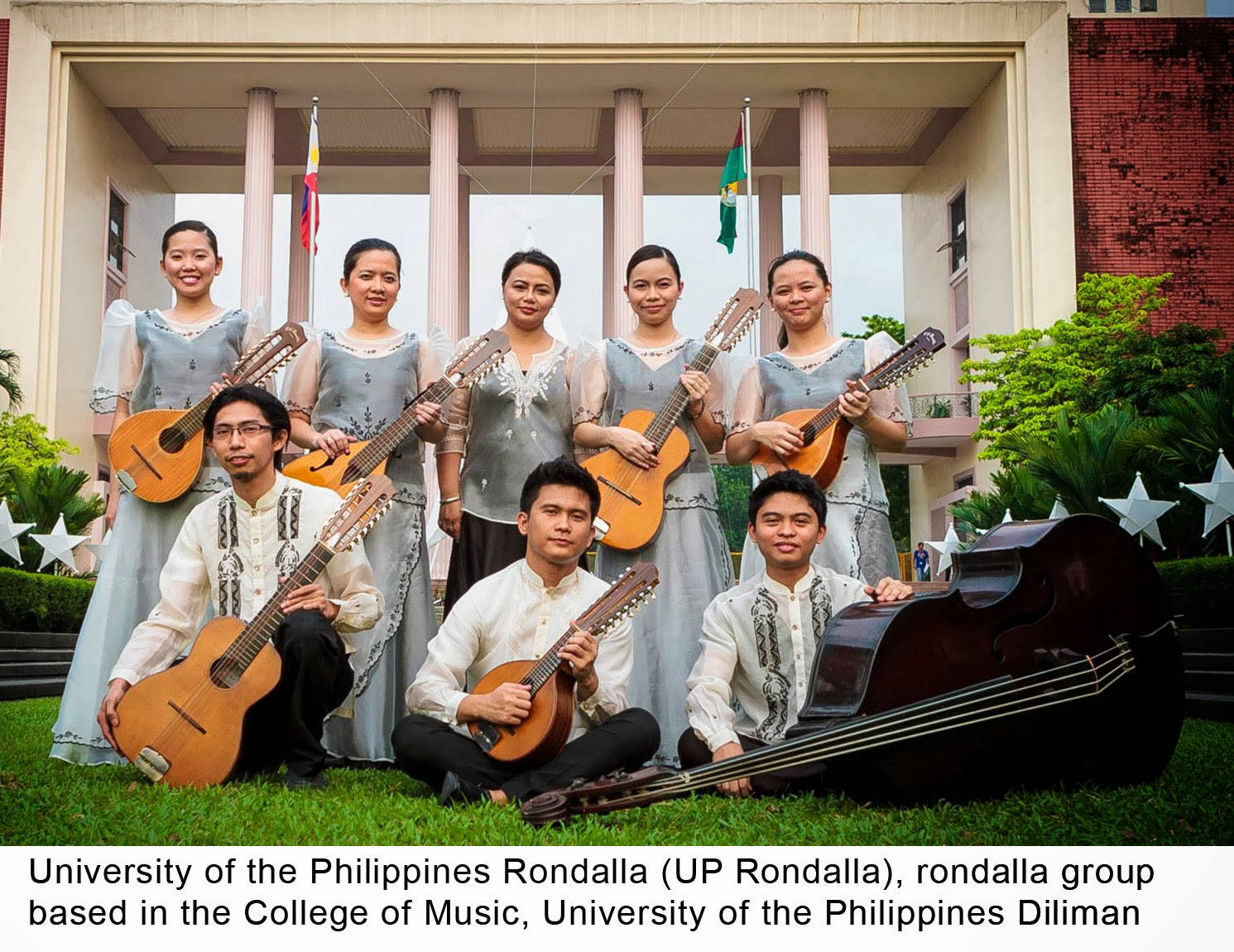