Noises Off, Chaotic Brilliance On 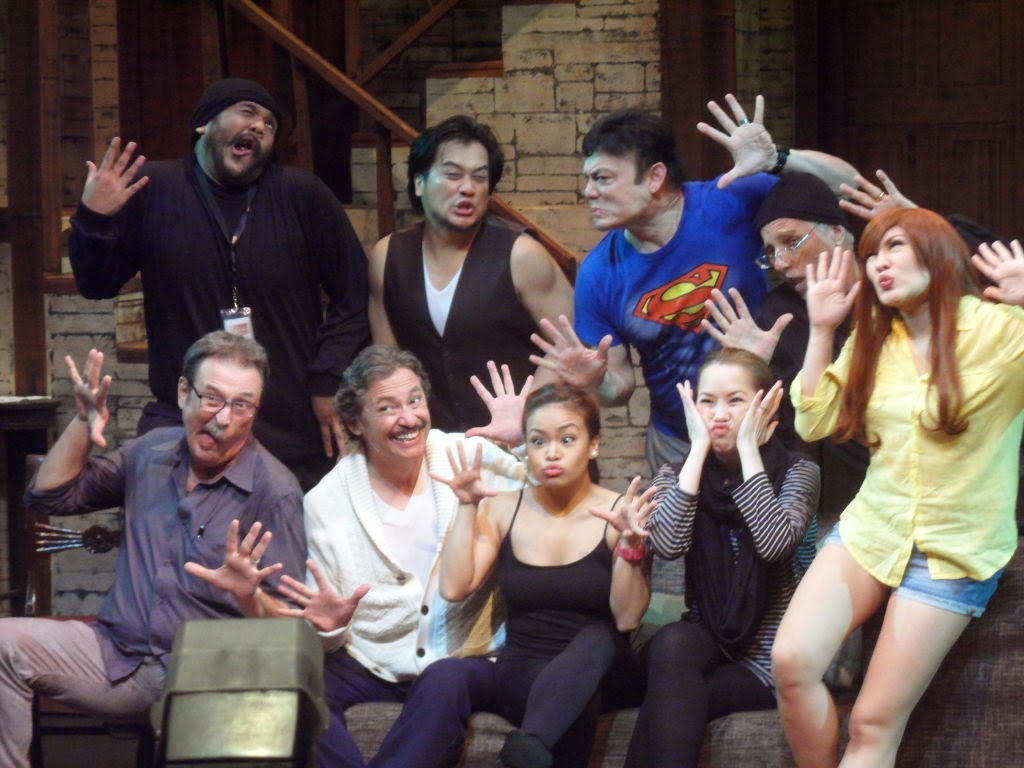 Insane. Hilarious. Chaotic Genius. The movie may not have been a big hit to some, but watching the play version of Noises Off is a different experience you must try. Why? . . . because it's live and you can feel the tension and chaos stronger. The energy was crazy and the actors got us, the audience, involved in their conflicts as we gasped, panted, and howled at their every encounter.

That's the fun thing about watching live stage shows, you witness the actors every move and every breath without knowing what could happen next even if you see the play over and over again. It's different every time . . . be it a small blunder, an adlib, a wrong move, a missed line.  In this particular play, you will definitely see all of the above.

My favorite is the backstage scene where the brilliance of choroegraphy, blocking, and timing is highlighted. Three stories going on, crisscrossing each other at the backstage as the onstage performance goes on. Allowing the audience a peek behind the curtains is a comedy concept that certainly invites curiosity regardless of whether you have seen the movie version or not.  Because there are new actors with new personalities and together, they have a different kinds of synergy is the “surprise” or differentiator for each and every play.

What could go wrong onstage goes wrong.  Every actor and director's nightmare is brought to life, and this is what the play centers on. Watch Noises Off for a good laugh at Onstage, Greenbelt 1. Ongoing Friday, Saturday, and Sunday until April. Fridays at 8pm, Saturdays at 330pm and 8pm, Sundays at 330pm. Tickets at the door . P600/500/400. You may also call Ticketworld 8919999 or check www.repertoryphilippines.com.
Posted by JR B at 6:42 PM