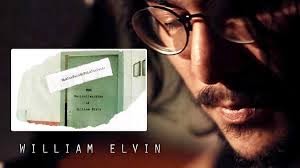 In 2005, William decided to stop writing songs and playing music. His friends in the UST band/rock scene were being signed by major record labels. EMI Philippines was starting to position Hale to be one of the biggest rock acts of the 2000s. Sony BMG followed suit with the signing of Callalily. The two bands spearheaded the 'pogi-rock' movement (a term used with both marketing and derogatory intentions, as William remembers it) in mainstream Pinoy pop in the mid-2000s.

A few months later, rock bands were ruling the airwaves while WilIiam and his band The Barpins, was stuck playing in the now-defunct 'Mayric's', a small rock and roll bar along Espana, Manila. Frustrated, he promised to himself not to go back to that scene, and pursue a different artistic medium. That decision led William to the Theatre Arts program in the University of the Philippines.

In UP, William honed his skills in acting and eventually gained experience in writing and directing for the stage. While he was (and always will be) artistically fulfilled with work in the theater, he always felt the urge to write songs.

For the following years, William have shrugged off this urge, as he totally ignored the rock/band scene and focused all his attention to theater work.

In 2009, William went back to songwriting and formed Happy Days Ahead and recorded ‘Home Recordings @ The Marilyn Mansion’. With some copies sold and more given away for free, the attention the album received within the theater circle eventually led to William’s two important works: a musical adaptation of Cyrano de Bergerac for UP Dulaang Laboratoryo in late 2010, and Dulaang UP’s Rizal X in 2011.

William’s recent reconciliation with the art of songwriting have inspired him to record 12 of the most special songs he has written ---- Sinubukan, On My  Way To Calvary, Alisbayan Box, But I Love No One But You, Bubblegum Blues, Winter Went Away For A While, Walang Kalaban-Laban, Ang Sabi Nila, How’s The Bed, Sandy ?, On Their Way To St. Jane, and 10/23.

“ DisConTechNoThisContent: The Musicalienation of William Elvin ” presents these songs as William have always intended them to be heard: rough, unpolished, free of heavy production values (if there is any), as sincere as possible.

Recorded entirely in William’s room somewhere in a suburban neighborhood in Quezon City, the songs are meant to sound as the anti-thesis of the pop sound that is dominating the mainstream airwaves in this day and age.

This is an album that is meant to be enjoyed in a quiet corner as the words and the melodies serve as your blanket and, at least for about 45 minutes, keeps you away from the noise of today’s world.

For further inquiries, please  go to  www.facebook.com/williamelvinmusic or call/text Happy Mousey Records at 09173450310.

Posted by JR Bustamante at 6:14 PM