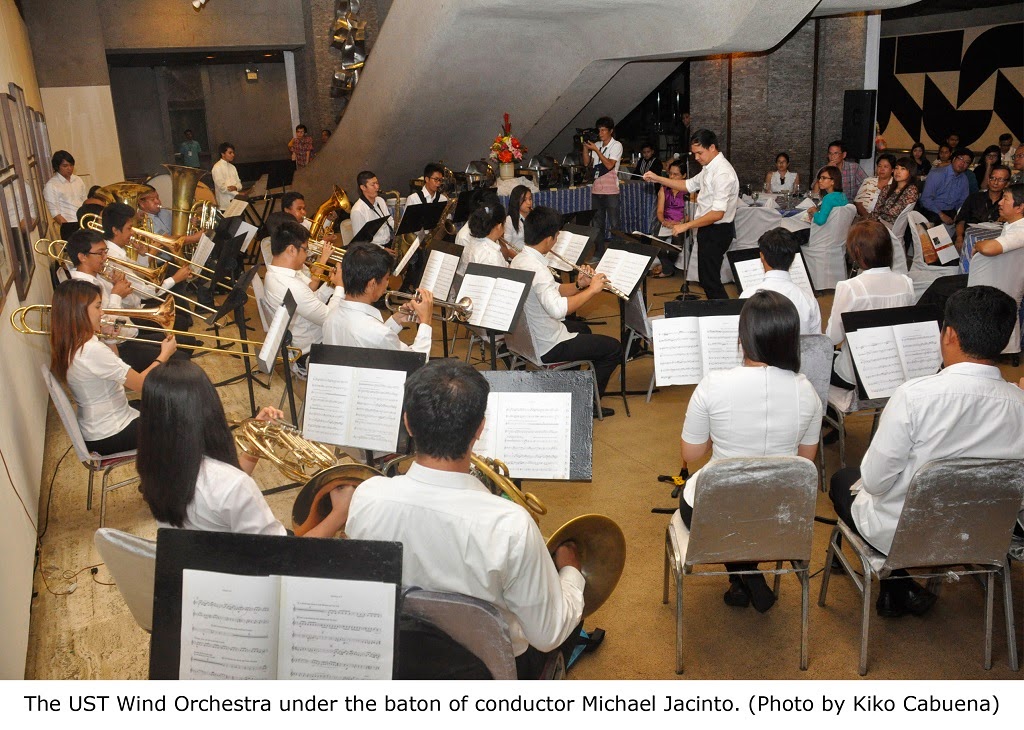 Press Release:
Orchestras and symphonic bands were presented at the press conference of the 2014 Orchestra and Band Festival held at the Cultural Center of the Philippines’ Little Theater Lobby recently. CCP vice president & artistic director Chris Millado gave the opening remarks followed by performances by the UST Wind Orchestra. 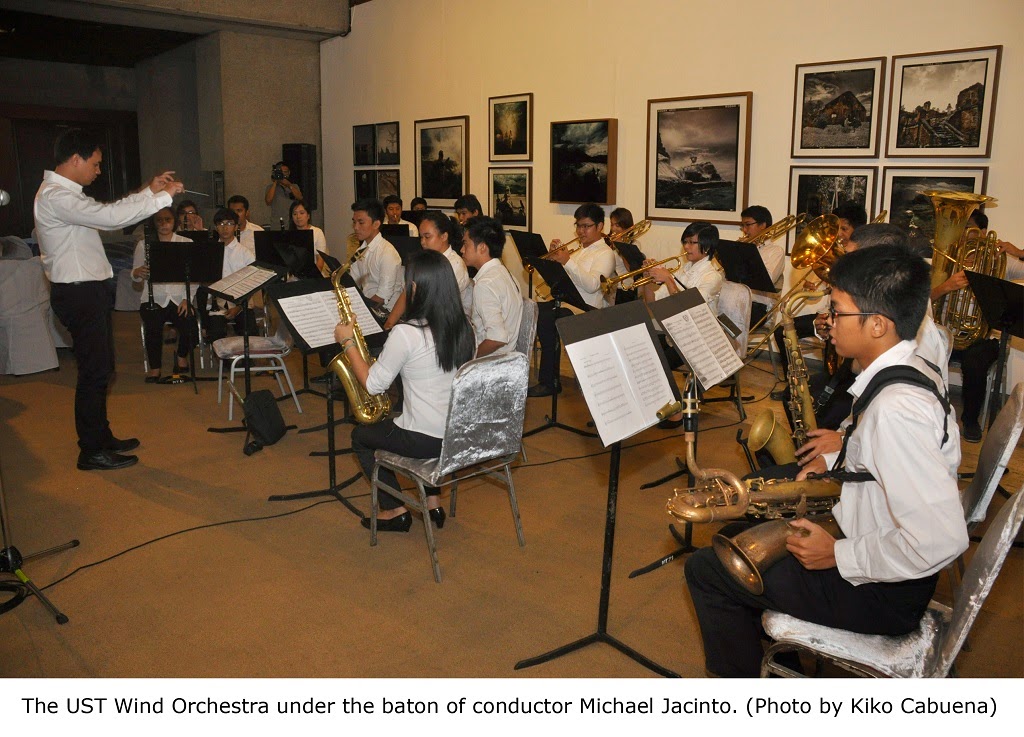 Posted by JR Bustamante at 8:35 PM