ASEAN Festival and Performing Arts Exchange launched at the CCP 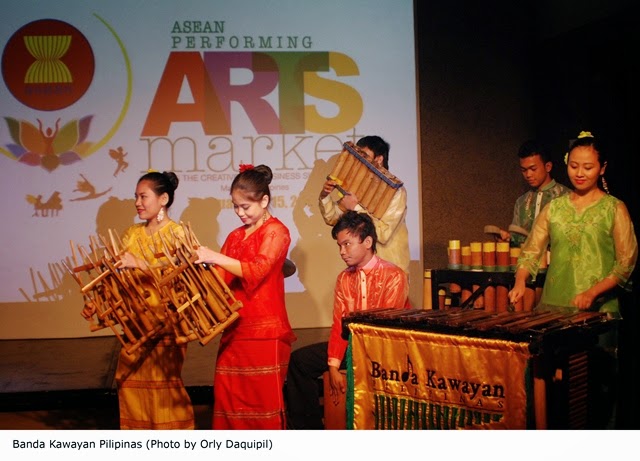 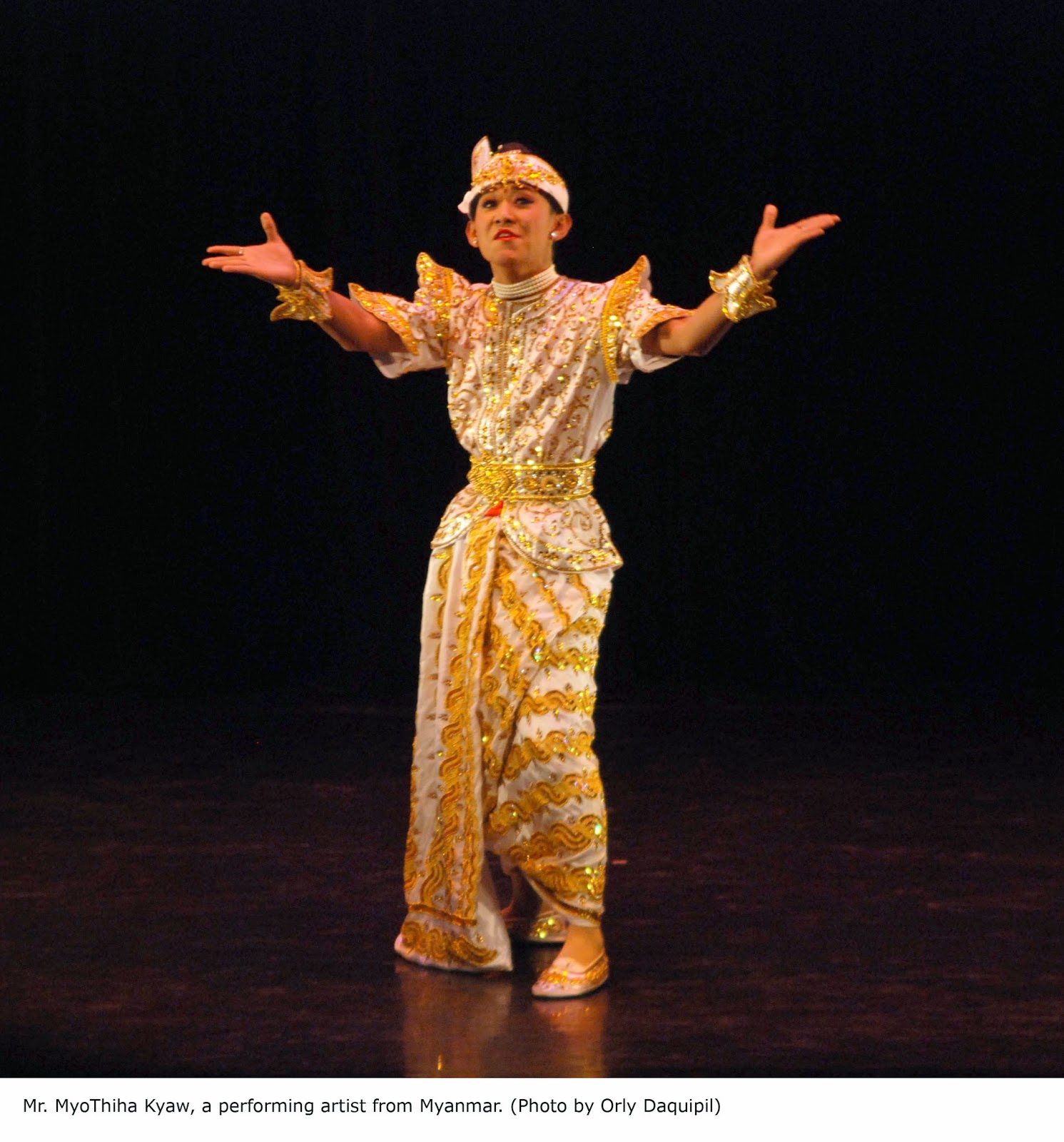 Press Update:
THE first ASEAN Performing Arts Market was held recently in Manila, offering opportunities for networking, showcasing of performance samplers and business matching of ASEAN performances within the ASEAN region and with the world.

Contemporary, traditional, as well as innovative works by emerging and seasoned ASEAN artists in music, dance and theatre were featured.

The three-day event was designed for ASEAN performing arts and cultural centers, festivals and performing arts professionals and groups to network, showcase, pitch performances and seasons, engage in business matching, and to enrich the ASEAN creative industry. As the region aims to establish an ASEAN Community in 2015, the ASEAN Socio-Cultural Community (ASCC) emphasizes on activities such as this program to promote ASEAN awareness and a sense of community, among other aspects. 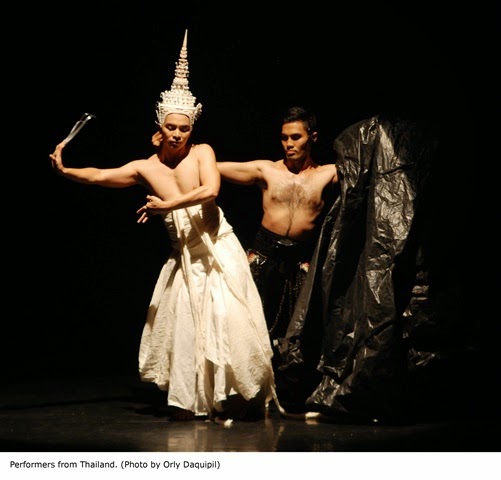 The ASEAN Performing Arts Market was implemented initially in Manila, Philippines to coincide with the Annual Pasinaya: Open House Festival at the CCP, and with the implementation of the first Fringe Manila.

Succeeding ASEAN Performing Arts Markets are seen to follow this launch in different ASEAN countries performing arts festivals. (Photo by Orly Daquipil)
Posted by JR B at 7:55 PM No comments: 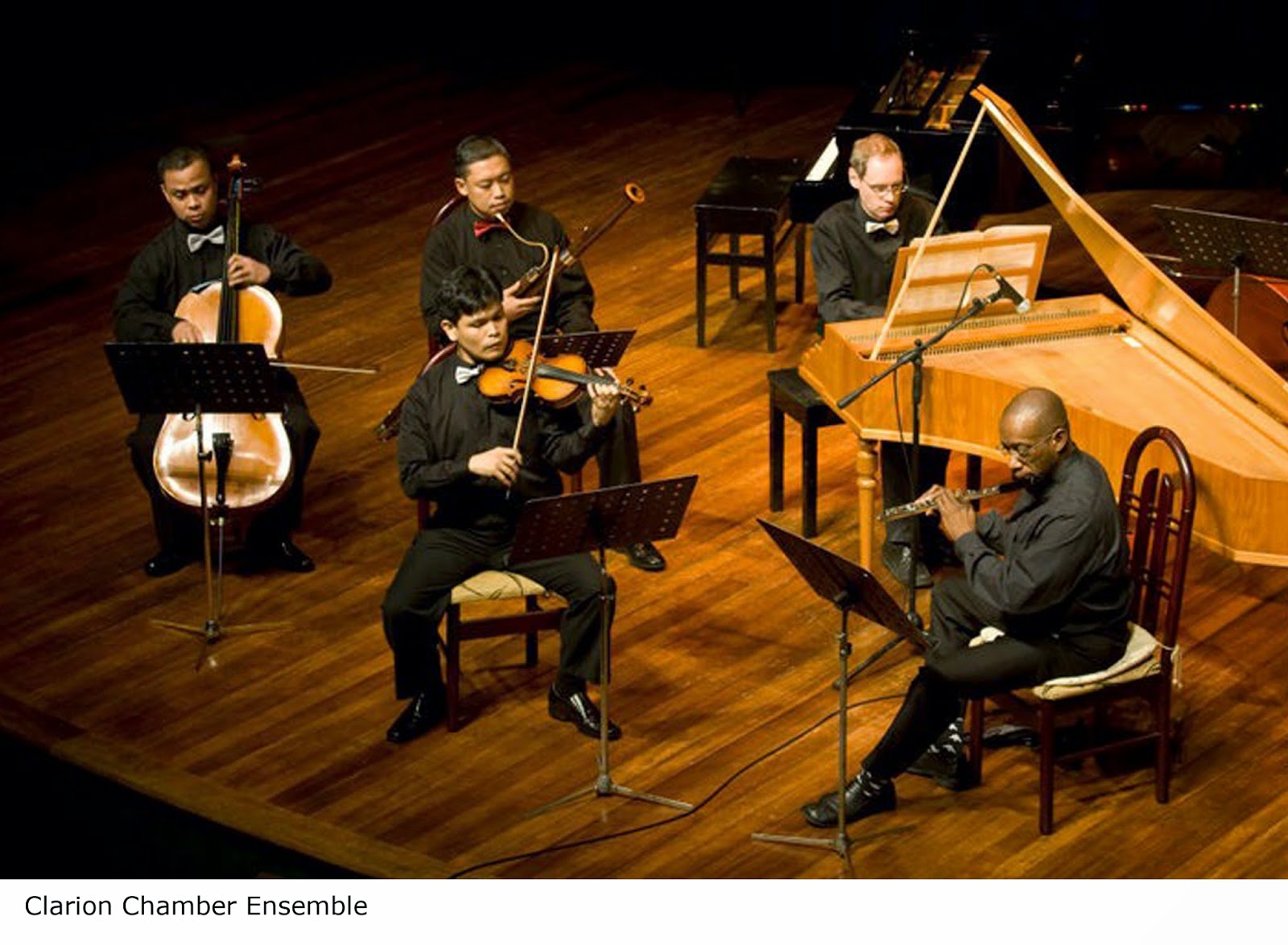 THE Clarion Chamber Ensemble takes centerstage on Sunday, March 22, 2015, 6:00pm at the Tanghalang Aurelio Tolentino (Little Theater) of the Cultural Center of the Philippines to present its first concert in the 2015 season entitled The Bold, The Brash, and The Beautiful.

The program features the works of Russian composer Dmitri Shostakovich and German composer Paul Hindemith whose present day reputations attest to their massive contribution to the bold and brash ideas of 20th century classical music. Clarion performs Shostakovich’s 1923 bold statement of youth, the “Trio No. 1 in C minor” for Piano, Violin and Cello op. 8. From the pen of Paul Hindemith comes the brash electricity of his 1948 “Septet” for Woodwind Quintet, Trumpet and Bass Clarinet.

The beguiling beauty of the evening can be found in German organist/composer Joseph Rheinberger’s “Nonet in E-flat Major” op. 139 for String Trio, Double bass and Woodwind Quintet, which surrenders its spirit to old world romantic charm in a vivid and imaginative Clarion performance. Clarion Chamber Ensemble performs the smoldering and lavish “Verano Porteno” of Argentine Tango Master Astor Piazzolla. Verano Porteno is also known as “Summer” from Piazzolla’s famous Four Seasons of Buenos Aires. The Bold, The Brash, and The Beautiful is a production by Clarion Chamber Ensemble and the Cultural Center of the Philippines, and co-presented by 98.7 DZFE The Masters Touch.

Tickets are Php.500 for all seats, Php.250 for Seniors and Students with a valid I.D.  All seating is on a first come first served basis. For more information, please call the CCP Box Office at 832-3704, Ticketworld (891-9999) or contact Clarion Chamber Ensemble at 890-8840 or through Facebook.com/clarionchamber.ensemble.
Posted by JR B at 10:48 AM No comments: 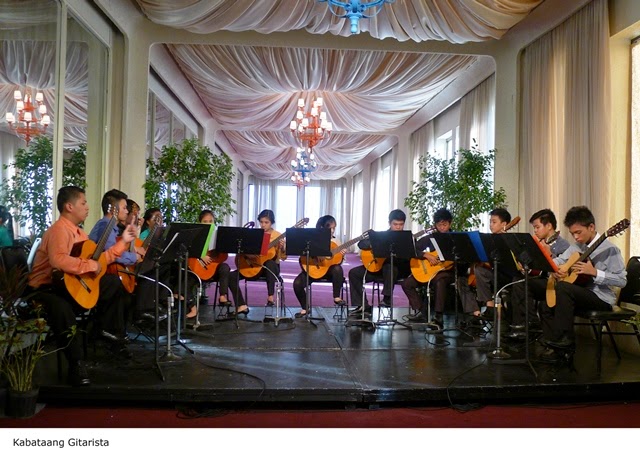 Listen to music of yesteryears in operatic vocals, or through the plucking of guitar strings.  Relax, de-stress, and reminisce as the sun sets and the day winds down.  What a wonderful experience as CCP takes us back in time, decades ago, to a world of youth, romance and tranquility .  Dress up, put on your barong and saya if you wish, the world is yours to re-create for at least 2 hours.  Invite your friends or special someone to join you in this special moment.  Share with the world what it was like in the Philippines during this period of harana or love songs.  This moment will be yours.  Occasional contemporary Filipino music will be played as well.  So young and old will be a part of this special sunset experience which is open to the public.

Featured artists are sopranos Gloria Coronel and Liza Cabahug, and tenor Lemuel dela Cruz for the first part of the program, and violinist Gilopez Kabayao and pianist Corazon Kabayao together with their daughters, violinists Sicilienne and Farida Kabayao for the second part.

Succeeding shows of said event will be held on April 8, 2015 featuring the Kabataang Gitarista, June 10 (performing artists Miguel Castro, Fame Flores and Los Lipeños), as well as performances on July 8, September 9, October 7, and December 9 this year.