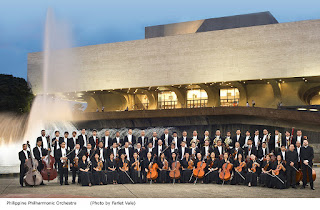 THE Cultural Center of the Philippines announces the Philippine Philharmonic Orchestra’s 2015-2016 Concert Season billed as Reveries under the baton of its Music Director, Olivier Ochanine.

Maestro Ochanine opens the season on September 11 with Malaysian pianist Claudia Yang as guest artist, who is recognized and esteemed by the world renowned Chinese magazine, “China Voice” of New York, as “The Global Chinese of the Year 1999. The concert also features Piano Concerto No. 1 by Chopin and Shostakovich’s Symphony No. 10.

German conductor Henrik Schaefer leads the Orchestra on October 9, performing the music of Emilie Mayer’s Ouverture to Faust Op.46, Mozart’s Symphony No.40 and Schumann’s Symphony No.3.

On November 3, the PPO features a prominent French Hornist in collaboration with Maestro Olivier Ochanine. The work and soloist will be announced shortly. Program also includes Poulenc's Les Biches and Mendelssohn’s Symphony No.3 `Scottish’.

On January 22, 2016, the PPO performs with Japanese conductor Tetsuji Honna. Program includes Haydn’s Symphony No.94 and Beethoven's monumental and memorable Symphony No 3, "Eroica". 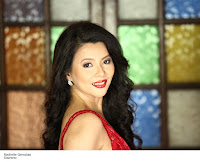 Soprano Rachelle Gerodias and Korean baritone Byeong In Park perform with Maestro Ochanine and the PPO on March 18, also featuring the Philippine Madrigal Singers. The program showcases the winner of the 2015 Composition Competition (announced by December) and features the Philippine premiere of Brahms’ Ein Deutsches Requiem.

All concerts will be staged at the Cultural Center of the Philippines’ Tanghalang Nicanor Abelardo (CCP Main Theater) at 8:00 pm. 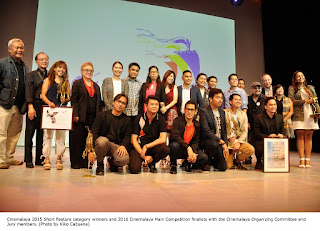 Pusong Bato by Martika Ramirez Escobar was named Best Short Film in the 11th Cinemalaya Independent Film Festival and Competition, which this year was held only in the Short Feature category, while the Special Jury Prize and the NETPAC Award was given to Wawa by Angelie Mae Macalanda in the Cinemalaya Awards program held August 15 at the Cultural Center of the Philippines’ Little Theater.

Praised “for its playfulness in telling a story, for creating tension between nostalgia and loneliness and for taking risks without being absurd”, Pusong Bato is about a middle-aged faded actress who tries to relive her glory days as a movie star in the 1970s by watching films at home everyday until an earthquake rouses her from her Hollywood dream.

Wawa won the Special Jury Prize for “its engaging use of location to evoke longing and for its poetic depiction of grief” and the NETPAC Award for “its evocation of grief and the impermanence of life by a grippingly visual funeral ceremony on the river. Wawa is about a young boy’s journey as he, with others, take his father to his final resting place.

The Best Direction award went to Petersen Vargas for his Lisyun Qng Geografia.  Vargas was cited for his “effective harnessing of the technical elements of filmmaking in telling a simple story” of a boy who finds an old map that triggers him to retrace the places that are special to him and his high school best friend.

The Best Screenplay Award was given to Darwin Novicio for Papetir which he also directed. Papetir was cited “for its interesting presentation of contrast in what is being stated and what is actually happening.”

Sanctissima, a film about a girl who lives alone in the dark with an even darker secret, by Kenneth Dagatan won the Audience Choice Award. As Audience Choice winner, Sanctissima won a cash prize of Php25,000.00.

Finalists for the 2016 Cinemalaya Main Competition (Full Length Feature) were also announced during the Awards Night. The finalists will receive production grants of Php750,000 each, up from the previous Php500,000 of previous years.

The Main Competition finalists are:

Cinemalaya 2016 will be held on August 5-14 at the CCP and other Festival venues.

Now on its eleventh year, Cinemalaya is expanding its mission to the training of practitioners in key aspects of film production and serving as an inspiration to independent filmmaking in Asia. It opened the Cinemalaya Institute offering short courses in Film Producing, Screenwriting and Directing.

Cinemalaya is a project of the Cinemalaya Foundation, Inc. and the Cultural Center of the Philippines.

Established in 2005, Cinemalaya is an all-digital film festival and competition that aims to discover, encourage and honor cinematic works of Filipino filmmakers.

For more information about Cinemalaya, visit www.cinemalaya.org, www.culturalcenter.gov.ph and the Cinemalaya facebook page or CCP Media Arts Office at telephone number 832-1125 local 1704-1705 and the CCP Box Office at 832-3704. (Photo by Kiko Cabuena)
Posted by JR B at 4:33 AM No comments:

Press Update:
THE Cultural Center of the Philippines named the winners of the 27th Gawad CCP Para Sa Alternatibong Pelikula At Video (Gawad Alternatibo) in awarding ceremonies on August 11 at the CCP.

This year’s competition was held on August 8, 9 and 11 as part of the 11th Cinemalaya Independent Film Festival and Competition ongoing until August 15 at the CCP and Greenbelt 3.

This year’s awardees are:

The jury for the experimental category was comprised of Bryan Quesada, Eleanor C. Ramos and David R. Corpuz.

The Gawad Alternatibo is considered the longest-running independent film competition of its kind in the ASEAN/Asian region. Since 1987, Gawad Alternatibo annually cites the best efforts of Pinoy filmmakers in four categories – Animation, Experimental, Documentary and Short Feature.  Winners each receive a cash prize, as well as certificate.  Aside from the main awards, special citations are given out to the best work from the regions, as well as works on/for/by children.  Many of today’s outstanding filmmakers and media practitioners are alumni of Gawad Alternatibo.
Posted by JR B at 2:40 AM No comments:

Press Update:
AWARD winning filmmakers will be attending the 11th Cinemalaya Independent Film Festival and Competition on August 7-15, 2015 at the Cultural Center of the Philippines and Greenbelt 3 Makati.

Reis Celik, director of The Night of Silence (Turkey, 2012) will be present at the screening of his film on August 11, 6:15 at the CCP Main Theater.  Celik’s The Night of Silence tells the story of a child bride who is forced to marry a man more than fifty years older than her and who just returned to his hometown after doing years of jail time. Sitting in the nuptial chamber with horror, she will start to face with realities after grandfather-aged groom steps into the room. The Night of Silence won the NETPAC award in the 2012 Hanoi International Film Festival.  Celik will participate in a Meet the Artist session on August 12, 2:30-3:15p.m. at the CCP Third Floor Hallway.

Li Zhen Hua, producer of Poet on a Business Trip by Ju Anqi (China, 2014) will attend the screening of the film on August 11, 9 p.m. at the CCP Main Theater. Poet on a Business Trip is a documentary shot more than 10 years ago. In this film, a poet sets off on a ‘business trip’ through inhospitable Xinjiang province. The physically exhausting trip provides an existential brothel visit, bumping on bad roads, and a glimpse of a disappearing world. Poet on a Business Trip won the NETPAC Award for the best Asian film at the International Rotterdam Festival 2015. Li Zhen Hua will interact with audiences at the Meet the Artist session on August 12, 5:00-5:45 p.m. at the CCP Third Floor Hallway.

The Maw Naing, director of The Monk (Myanmar/Czech Republic/2014), will be attending the screening of his film on August 12, 9 p.m. at the CCP Main Theater. The Monk is a sensitive coming-of-age tale that revolves around a young monk, Zawana, who had spent most of his life in a monastery in the Burmese countryside. When his superior falls ill, Zawana is faced with the dilemma of deciding if the life of a monk is still his destiny. The Monk was the NETPAC winner in International Festival of Asian Cinema in Vesoul 2015. The Maw Naing will be discussing his film with audiences at the Meet the Artist session on August 13, 5-5:45 p.m. at the CCP Third Floor Hallway.

Cinemalaya is a project of the Cinemalaya Foundation and the Cultural Center of the Philippines. Established in 2005, Cinemalaya is an all-digital film festival and competition that aims to discover, encourage and honor cinematic works of Filipino filmmakers.

To date, Cinemalaya has supported and promoted the production of 118 full feature independent films and 96 short films. Many of these films have won awards in local and international competitions and festivals. Through the annual festival, Cinemalaya has showcased over 1,000 works by independent filmmakers including full feature films, shorts, documentaries, Filipino film classics, and art films.

For screening schedules of Cinemalaya, visit www.cinemalaya.org, www.culturalcenter.gov.ph and the Cinemalaya facebook page or CCP Film Office at telephone number 832-1125 local 1704-1705 and the CCP Box Office at 832-3704.
Posted by JR B at 1:42 AM No comments: