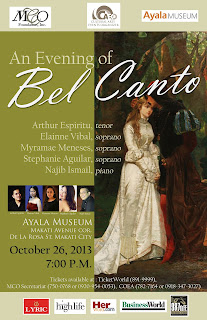 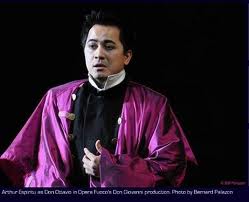 Considered the finest Filipino tenors in the world today, Arthur Espiritu returns to Manila after his successful series of highly acclaimed performances as the Duke of Mantua in Verdi's Rigoletto at the Theatre St. Gallen in Switzerland. He opens MCO Foundation's Chamber Music Series 2013 in a special concert entitled "The Poet Speaks" with collaborating pianist Najib Ismail on February 6, 2013 at 7:00 in the evening at the Ayala Museum, Makati Ave. cor. de la Rosa St., Makati City.

Opera critics described Arthur as "a singer who possesses an exceptionally beautiful lyric voice, capable of conveying a broad range of characters and emotions, and perform them with great ease.  His sings superbly with beautiful legato. A regal tenor."  A graduate of Oberlin Conservatory of Music,  Arthur Espiritu is the Grand Prize winner of the of distinguished 2009 George London Award, the La Scala award in the Belvedere Vocal Competition (Vienna), 2nd price in the Irene Dalis Vocal Competition and the Metropolitan Opera National Council Audition to name a few. Today, he regularly performs with Teatro alla Scala, Milan, Opera Fuoco, Piccolo Teatro di Milano, Theatre St. Gallen in Switzerland, Théâtre des Champs-Élysées in Paris, Israeli Opera in Tel Aviv and major opera companies in the United States including Pittsburg, Connecticut, Opera North, Austin and Santa Fe. In Manila, he recently essayed the role of Alfredo in Verdi's La Traviata and the magnificent Count Almaviva in Rossini's Il Barbiere di Seviglia. 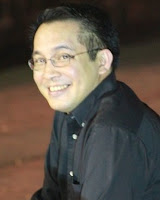 Assisting him at the piano is one of the country's most sought after chamber music musicians and leading vocal repetiteur, pianist Najib Ismail.  Winner of numerous music competitions, Mr. Ismail has collaborated with most of the major Filipino and guest foreign artists in the country.  A graduate of UST Conservatory of Music and Hongkong Academy for the Performing Arts, he is currently a faculty of the UST Conservatory of Music.

The “Poet Speaks” will showcase the versatile artistry of Arthur Espiritu as he performs one of the most beautiful and profound songs cycle -- Schumann's Liederkreis, the heartwarming songs by Franz Liszt based on Petrarch love sonnets, and opera arias that portray the different aspects of love.

This concert is presented by Manila Chamber Orchestra Foundation in partnership with Ayala Museum, BusinessWorld and Lyric Piano.  The MCO Foundation, hailed as “Makati’s Cultural Oasis”, is currently on its 28th year of promoting classical music.  Part of the proceeds from the ticket sales will also benefit the Unang Hakbang foundation, a caring organization engaged in helping children on the streets and in urban poor communities by creating sanctuaries for children, designing and promoting programs to help them tap their potentials to become productive and responsible members of their communities.