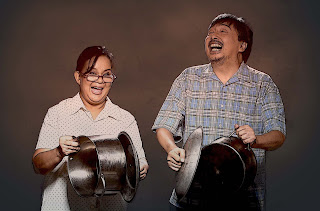 Malou plays the role of Lola Azon, a street sweeper, witnesses the hordes of people who marched through the funeral of a man she hardly knew. And through the years of protest rallies and struggle to end a dictatorship, she found hope and strength in the power of the people.

Jett Pangan shall tackle the role of Edgar, Azon’s son who witnesses the fading and the corruption of that pure hope as the years of “democracy” went by.

Kakki Teodoro will take the pivotal role of Trina, Edgar’s daughter who was only 13 years old when Pres. Corazon Aquino died. She relates how her father’s cynicism rubbed off on her at first.