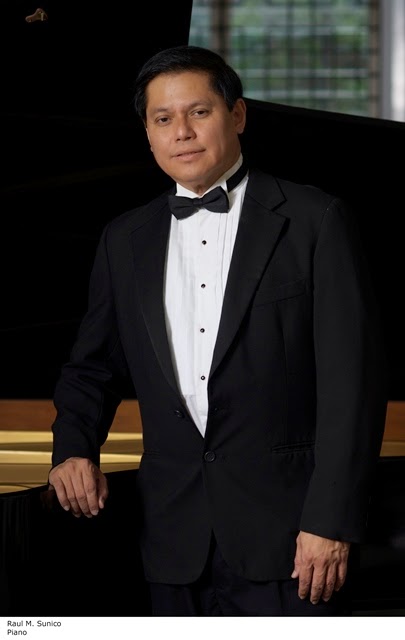 Press Announcement:
The Asian Institute of Management presents internationally renowned pianist Raul Sunico in a rare performance that will put on spotlight the three piano concertos of Russian composer Peter Ilyich Tchaikovsky happening at the Old Senate Hall of the National Museum of the Philippines, February 22, 4 p.m.

“Raul Sunico Performs Tchaikovsky: The Premiere Concert”is poised to set a world record as Sunico will perform the three concertos of the Russian master for the first time in one evening.

Sharing the stage with Sunico is the Philippine Philharmonic Orchestra, under the baton of Maestro Herminigildo Ranera. These world-class musicians will perform the three Tchaikovsky masterpieces, including Concerto no.1 in B-flat minor, op. 23; Concerto no.2 in G major, op.44; and Concerto no. 3 in E-flat major, op. 75.

Sunico earlier achieved worldwide recognition when he performed the four piano concertos of the Russian composer Sergei Rachmaninoff also in one evening. He has garnered acclaim around the world where he had performed in solo recitals as well as with the best orchestras throughout Europe, North America, Australia, Middle East, and Asia.

The evening is a celebration not only of Sunico’s brilliance as a musician but also of AIM’s excellence as an international graduate business school. Nearing its 50th anniversary, AIM sets its eyes on a vigorous future where it continues to enjoy a leadership status in the ASEAN region by mobilizing resources for its exciting campus development plans.

Witness an exciting celebration of excellence unfold yet again as AIM presents this world-class concert that features the best musicians of the country. Like Sunico, this pioneering graduate business school proudly stands on its rich heritage amid an ASEAN backdrop that rises on the global economic landscape.

This event is co-presented by the National Museum of the Philippines and Lyric Piano.
Concert inquiries may be coursed through Irene Donohue at (02) 892-4011 ext. 7101 and idonohue@aim.edu.
Posted by JR B at 1:14 PM No comments: 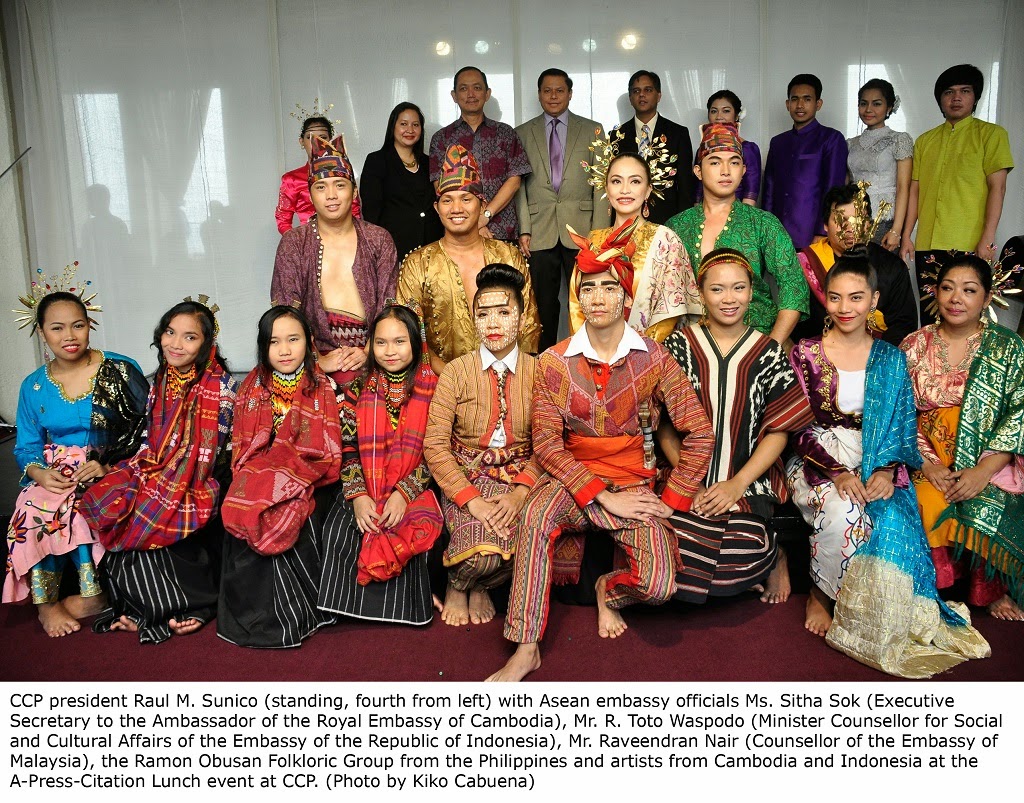 
In welcoming 2015 as the year of ASEAN Integration, the media guests were regaled by the performances of dance artists from Cambodia and Indonesia as well as the Ramon Obusan Folkloric Group, one of the CCP’s nine resident companies, which performed traditional dances to their delight. The event was attended by ASEAN embassy representatives including the Executive Secretary to the Ambassador of the Royal Embassy of Cambodia, Minister Counsellor for Social and Cultural Affairs from Indonesia and the Counsellor of the Embassy of Malaysia. (Photos by Kiko Cabuena)
Posted by JR B at 6:58 PM No comments: