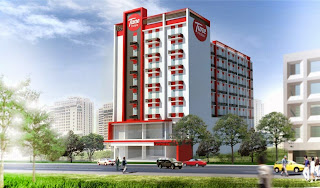 19 December 2013 – International value hotel group Tune Hotels is celebrating the arrival of the New Year 2014 with the opening of two new properties – Tune Hotel Davao in the Philippines and Tune Hotel Bekasi in Indonesia.

Mark Lankester, Group CEO of Tune Hotels said: “What a celebration! We have two hotels opening just days apart in two of the most vibrant economies in Asean and this surely is a big cause to celebrate for Tune Hotels. Both Indonesia and Philippines are great markets for us and our rapid expansion in both countries signifies their importance.”

Tune Hotels now has seven hotels in operation in the Philippines and six in Indonesia.

“2013 has been a great year for us. To recap, including the newly-opened Tune Hotel Davao and Tune Hotel Bekasi, we have launched three new hotels each in the Philippines and Indonesia this year alone. By early 2014, three more are coming up in Indonesia and another in the Philippines, and these underscore our plans for the two countries” shared Mark.

Elsewhere, Tune Hotels has 11 hotels in operation in Malaysia, four in Thailand, five in the UK and one each in Australia, India and Japan. It has a total of 40 hotels available for booking on its website www.tunehotels.com.

“Over five million guests have stayed with Tune Hotels and we look forward to welcoming more visitors and tourists by providing them international standard accommodation at highly affordable rates,” he added.

Tune Hotels has pioneered a “pay-as-you-use” concept that has become hugely popular among smart travellers from across the world. Under the concept, guests only pay for room rates with the option of adding on other amenities like air-conditioning, towels and toiletries, in-room Wi-Fi and satellite TV service to keep costs down, reduce waste and save energy.

Tune Hotels provides international-class high-quality accommodation at central locations and focuses on key essentials but minus the generally underused facilities found in other hotels such as swimming pools, business centres and gymnasiums. By doing away with these costly and high-maintenance facilities, Tune Hotels is able to pass on savings to its guests in the form of super low room rates.

Tune Hotel Davao is only minutes away from the city’s shopping malls and major convention center. It is conveniently located near corporate offices and walking distance from the Southern Philippines Medical Center.

Davao City is the most populous city in Mindanao and the fourth in the Philippines. Davao City is the main trade, commerce, and industry hub of Mindanao. Davao is home to Mount Apo, the tallest peak in the country. 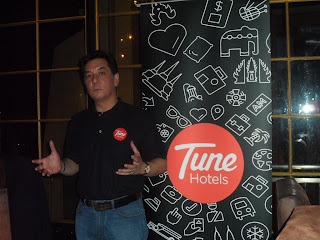 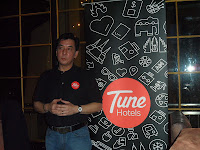 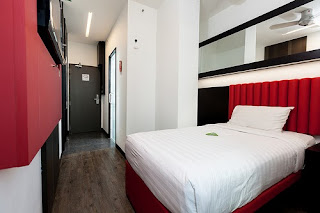 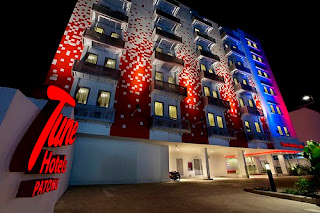 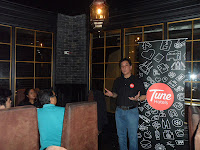 For booking and further information, visit www.tunehotels.com.
Posted by JR B at 6:29 PM No comments: